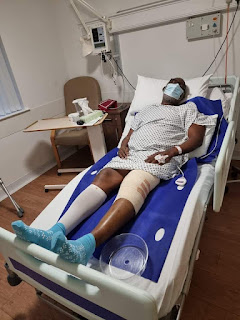 Olisa Metuh, a former national publicity secretary of the Peoples Democratic Party (PDP) has called on Nigerians to pray for him over his health.

Metuh who took to Facebook to seek prayers said he’s had many surgeries in the last year.

The PDP chieftain said he received scary news from his surgeons, but he believes God would heal him.

Call tariffs may increase as FG slams 5% duty on recharge...