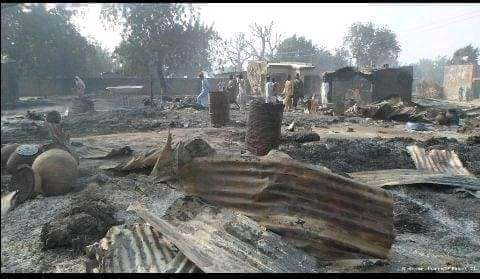 No fewer than 200 bodies have been recovered and buried after gunmen suspected to be bandits attack parts of Zamfara state.

It was gathered that the victims were massacred after the armed men invaded different communities in Anka and Bukkuyum local government areas of Zamfara State.

Reports says no fewer than 200 corpses were recovered from bushes as some of the people were caught unawares on their farmlands.

In Kurfad Danye alone, sources said about 140 bodies of vigilante members were buried on Friday.

The bandits, who were about 300 and armed with sophisticated weapons, had on Wednesday stormed the communities on motorcycles and started firing sporadic gunshot.

The terrorists also destroyed valuables, abducted and displaced several persons, including women and children in the affected communities.

See a photo below: 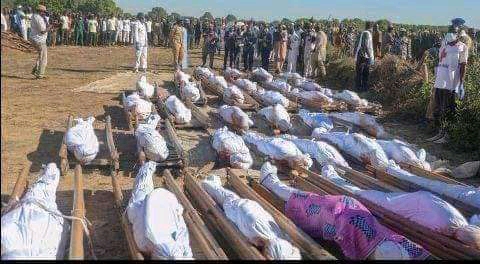