Nigerian Pastor based in Cotonou, Benin Republic, has taken to Facebook to share photos of an “angel” which he says was captured on camera in his church.

Pastor Ekuma Uche Philips who claimed he has never seen a thing like that in his life, said the ‘Angel’ was caught on camera during his church’s cross-over service on December 31, at exactly 12:13am.

THIS IS DOUBLE WONDERS INDEED.

An ANGLE was captured on Camera during our cross over Night , on Friday 31th Dec,

I have never seen such thing since l was born,.

We are in the day of great WONDERS. 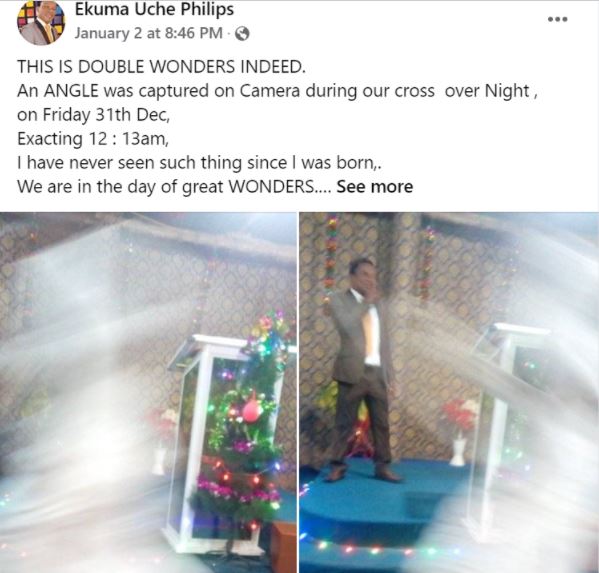 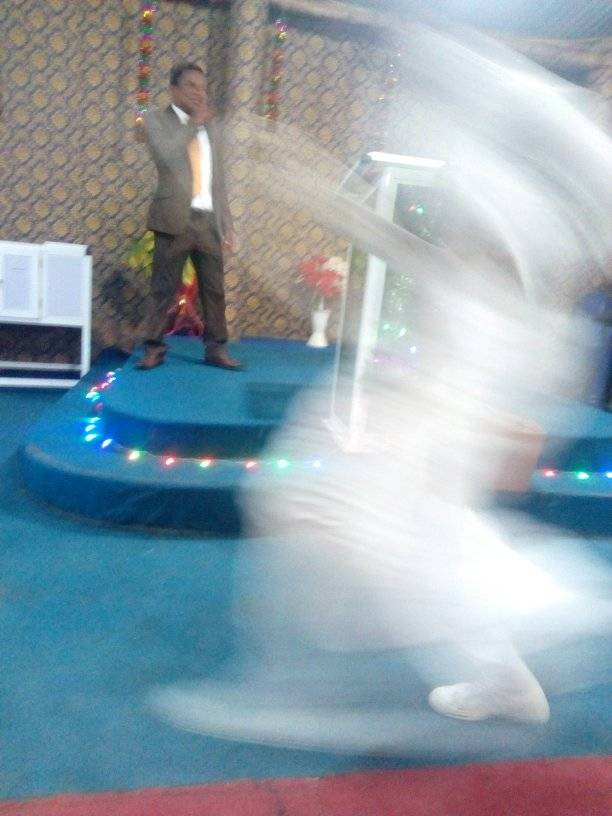 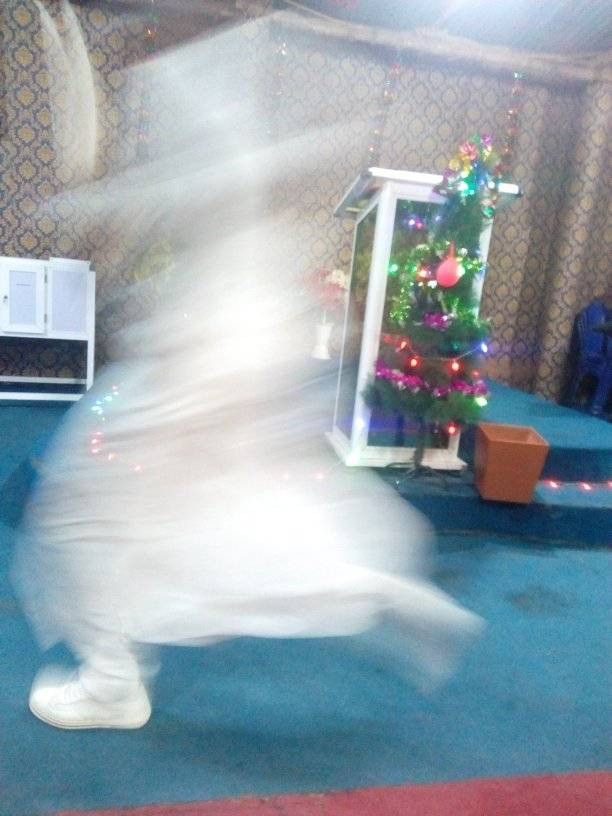