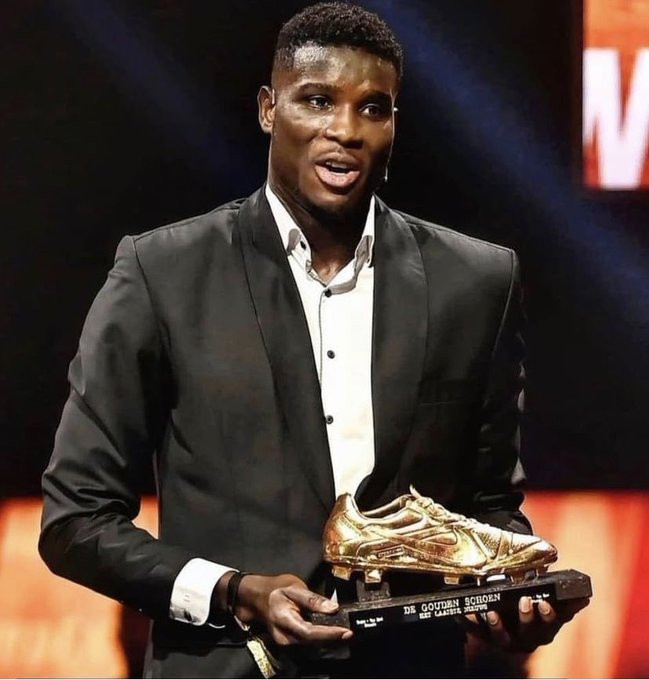 Super Eagles and Genk striker,  Paul Onuachu has been named the winner of the 2021 Belgian Golden Shoe award, becoming the first-ever Nigerian and the fourth African to claim the prestigious honour.

The 27-year-old claimed the award on Wednesday night after scoring an incredible 29 league goals over the entire 2020-21 season and adding another 12 in the first half of the current campaign.  Onuachu gathered 333 votes to beat the Club Brugge duo of Noa Lang (272 votes) and Charles De Ketelaere (271 votes) to second and third, respectively.

Three Africans, Ivory Coast’s Aruna Dindane in 2003, Morocco’s Mbark Boussoufa twice in 2006 and 2010, and Democratic Republic of Congo’s Dieumerci Mbokani in 2012, had previously won the award.

The win on Wednesday night, also saw him become the third Genk player in history to be named Belgium’s best and the first in 20 years.

The former Midtjylland star is currently recovering from an injury that kept him out of the Nigerian squad to the 2021 Africa Cup of Nations in Cameroon.