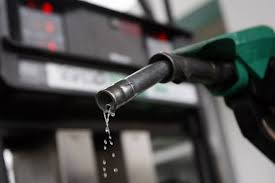 Gunmen have killed a petrol dealer and an attendant at Popular filling station in Okeluse community in Ose Local Government Area of Ondo State.

The five-man gang was said to have stormed the community on motorcycles at about 9pm on Sunday, January 24.

The dealer, identified as Oladimeji Aborowa, also known as Popular, died on the spot after he was shot by the assailants while the attendant was rushed to a nearby hospital where he died of gunshot injuries.

According to residents, the incident resulted in serious panic in the community as residents ran into the bush for safety.

The spokesperson for Ondo State Police Command, Funmilayo Odunlami, who confirmed the incident to Channels Television explained that the gunmen were suspected to have come to kidnap the dealer.

According to her, a team of policemen and vigilante operatives have begun a manhunt for the fleeing assailants in the nearby forest.

Confirming the incident, the Commander of the Ondo State Security Network Agency, popularly called Amotekun, Adetunji Adeleye, said the gunmen were robbers, adding that his men were drafted to the area and were able to repel the attackers.