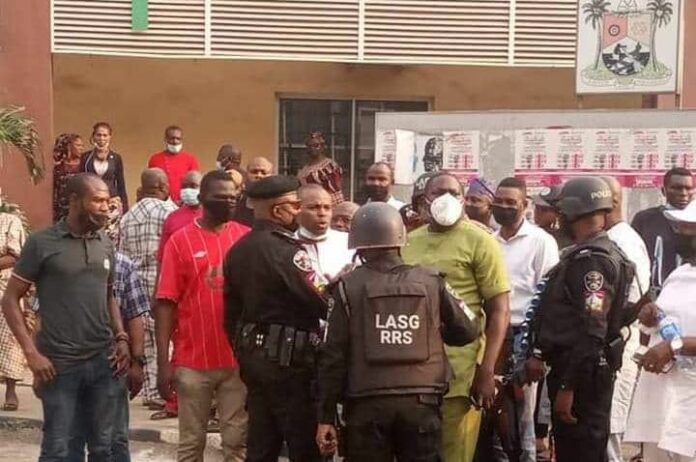 The Lagos Rapid Response Squad (RRS) says it has arrested two principal suspects — Adekunle Lawal, alias Kunle Poly, and Mustapha Adekunle, popularly known as Sego — in connection with the violent clash that occurred in the Lagos Island area of the state.

Lawal is the Lagos Island branch chairman of the National Union of Road Transport Workers (NURTW), while Adekunle is the treasurer of the state council of the union.

It was reported how factions of the union clashed over the control of motor parks in the Lagos Island area of the state last Thursday.

The violence spilled over to the next day, leaving one person dead and several people injured.

Commercial activities were also paralysed in the area due to the clash.

According to the RRS, the suspects were arrested yesterday at a meeting where the two NURTW members along with some other stakeholders were present.

The RRS added that the suspects have been transferred to zone II, Onikan, Lagos.