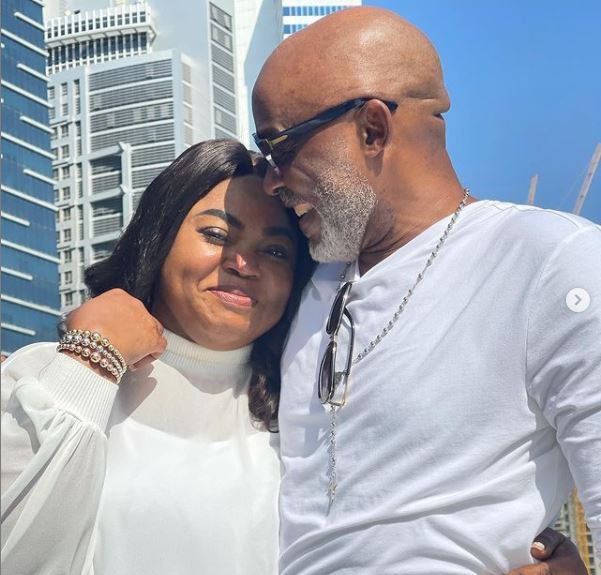 In one of his Instagram posts, RMD referred to his wife as “My Abike.”

He thanked her for always being the woman that he married many years back.

RMD and Jumobi got married in 2000, several years after he lost his first wife, May Ellen Ezekiel popularly called Mee in a Lagos hospital. Since then , the couple has remained inseparable.