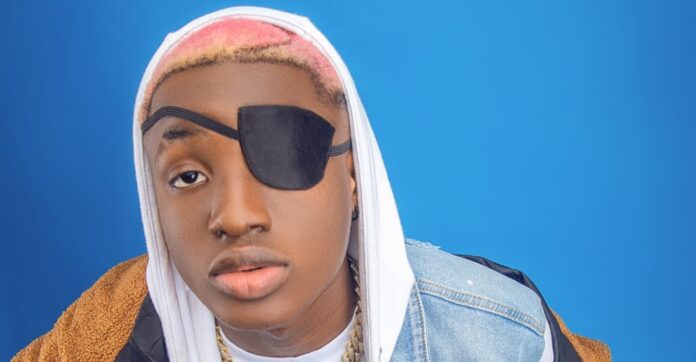 Ruger Opens Up On The Reason Behind His Eye Patch (Video)

Sensational Nigerian singer, Michael Adebayo, popularly known as Ruger, has opened up on why he uses an eye patch as his brand identity.

The Jonzing World talented act who quickly got attention with his eye patch look in an interview with popular media personality Nancy Isime, made it known that he chose to look that way as a symbol to remind him of a particular person who lost one eye and despite all discouragement, forged ahead with his life and even stronger.

Speaking further, he revealed that the eye patch also symbolises being a sniper, as a sniper closes one eye to aim at a target, which also links to his name “Ruger”, which is the name of a gun.

‘This New Chapter Of Life Is Going To Be Very Controversial’