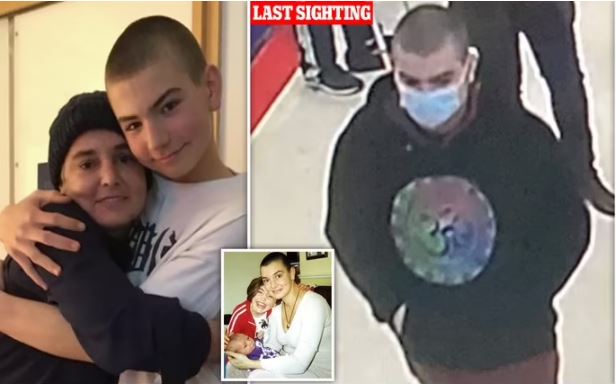 “My beautiful son, Nevi’im Nesta Ali Shane O’Connor, the very light of my life, decided to end his earthly struggle today and is now with God,” the singer tweeted. “May he rest in peace and may no one follow his example. My baby. I love you so much. Please be at peace.”

Police confirmed Shane O’Connor’s death Friday, the Guardian reported. “Following the recovery of a body in the Bray area of Wicklow on Friday 7 January 2022, a missing person appeal in respect of Shane O’Connor, 17 years, has been stood down,” Irish authorities said in a statement; Bray, Ireland is approximately 15 miles away from Dublin, where the Tallaght University Hospital is located

Shane’s death came two days after a missing persons report was filed after he left an Irish hospital where he was on suicide watch. On social media, his mother lobbied for her son’s safe return, and criticized the hospital for allowing Shane to depart. 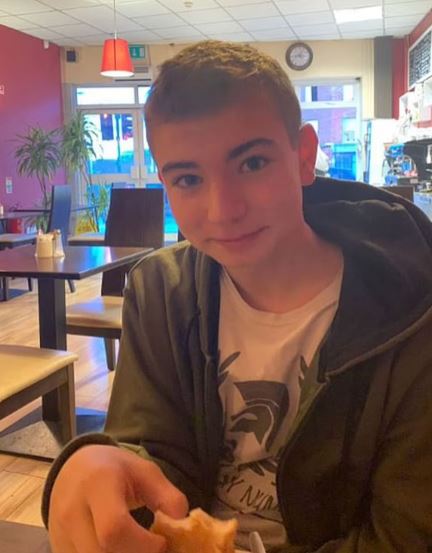 “Like, how has a seventeen year old traumatised young person WHO WAS ON SUICIDE WATCH in Tallaght Hosptial’s Lynn Ward been able to go missing??? Hospital of course so far refusing to take any responsibility.  Anything happens to my son on their watch? Lawsuits,” O’Connor tweeted Friday. “I want to know why Lynn Ward at Taillight hospital who were supposed to have HCA’s supervise my child 24/7 have managed to let him out of their grasp this morning when 7 days ago he made two severe suicide attempts.”

Prior to her son’s death, O’Connor pleaded, “This is a message for my son, Shane. Shane, it’s not funny any more all this going missing.  You are scaring the crap out of me.  Could you please do the right thing and present yourself at a [police] station. If you are with Shane please call the [police] for his safety.” Shane was one of O’Connor’s four children; his father was Irish musician Donal Lunny.

In a series of follow-up tweets Saturday, O’Connor criticized Tusla – Ireland’s Child and Family Agency – both for their handling of Shane’s case and their response following his death. “26 hours after my son died in the so called care of the Irish State in the form of Tusla, I have yet to receive any contact from Tusla or their representatives… No contact from Tusla is unacceptable,” O’Connor initially tweeted Saturday before following that later in the day, “Now tusla want to discuss with me ‘a media release’ no doubt wishing to have me join in their efforts to make this death of my child seem like it wasn’t at the hands of the Irish State.”

O’Connor added Saturday afternoon, “I have now formally identified the remains of my son, Shane.  May God forgive the Irish State for I never will.”

I’m going to take private time now to grieve my son. When I am ready I will be telling exactly how the Irish State in the ignorant, evil, self-serving, lying forms of Tusla and the HSE enabled and facilitated his death. Magdalene Ireland never went away. Ask the youth.

Over the past decade, Sinead O’Connor has been open about her own struggles with mental illness and thoughts of suicide, with the singer threatening to take her own life on numerous occasions, including a May 2016 incident where she was found safe after being considered “missing and suicidal” in a Chicago suburb. The following year, O’Connor posted a concerning video on social media that alluded to suicide.

In November 2020, O’Connor announced she was postponing all of her concerts until 2022 in order to enter a “one year trauma and addiction treatment program,” the singer said, “because I had a very traumatic six years and this year was the end of it but now recovery starts.”

Still The Same Girl But With A Different Mindset – Regina...