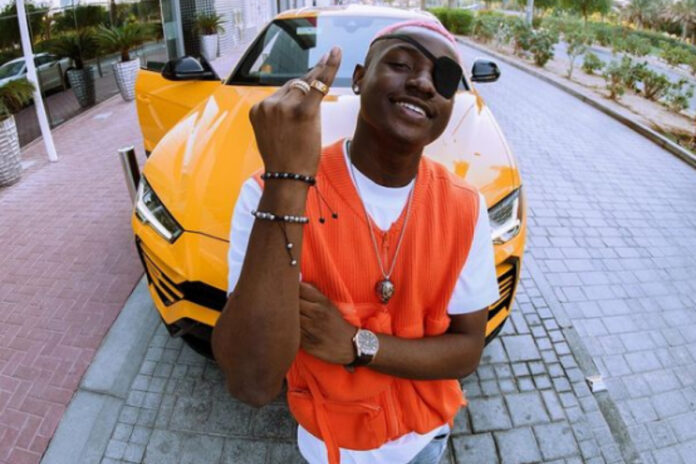 Singer, Ruger narrates the challenges of having one eye

Promising Nigerian singer, Michael Adebayo, professionally known in showbiz scenes as Ruger has lamented about the fact that he has only one eye working perfectly at the moment as the other covered with a patch might probably be faulty.

It would be vividly recalled that Ruger in an interview with Nancy Isime stated that he has the eye patch as a symbol of someone he looks up to.

According to the singer, he chose to look that way as a symbol to remind him of a particular person who lost one eye and despite all discouragement, forged ahead with his life and even stronger.

He went on to say that the eye patch also represents being a sniper, because a sniper closes one eye to aim at a target, and that his name “Ruger” is the name of a pistol.

Well, in a new tweet, Ruger has probably hinted at the fact that his patched eye might probably be faulty as compared to the other one. He stated that having only one eye working perfectly has not been easy for him at all.

Taking to his Twitter page, he wrote; Having only one perfect working eye is not easy at all😭😭😭

Lupita Nyong’o Stuns On The Cover Of The March Edition Of...