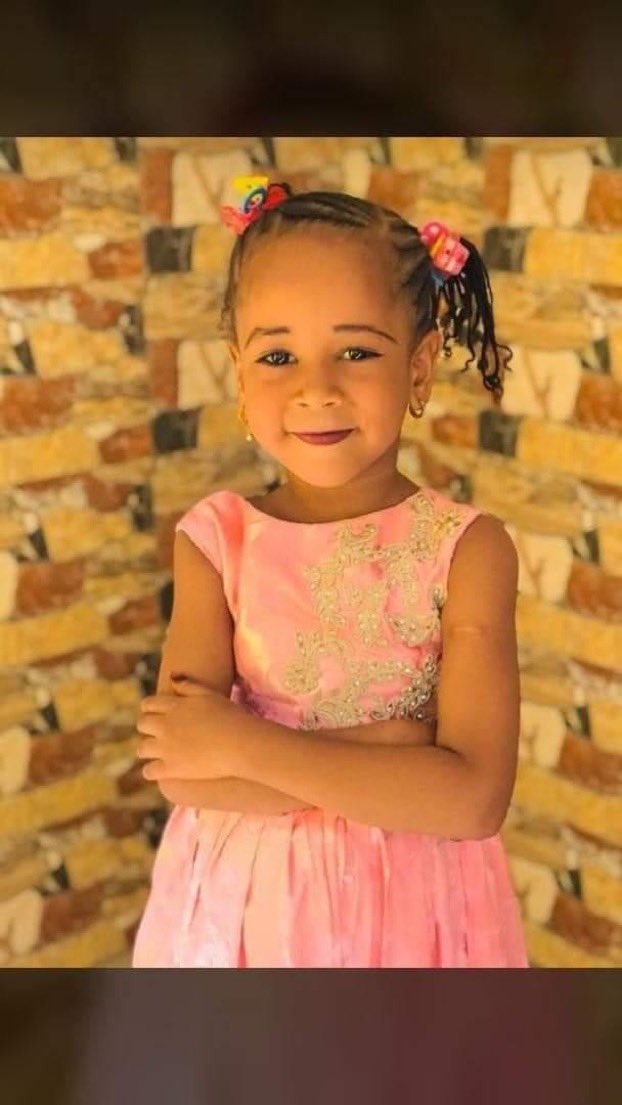 A heartbreaking video of late five-year-old Hanifa Abubakar asking everyone to protect themselves has been shared online.

Hanifa was kidnapped and killed by her own school proprietor in Kano last December. Her body was discovered a few days ago where the school teacher had buried her remains after feeding her with rat poison. 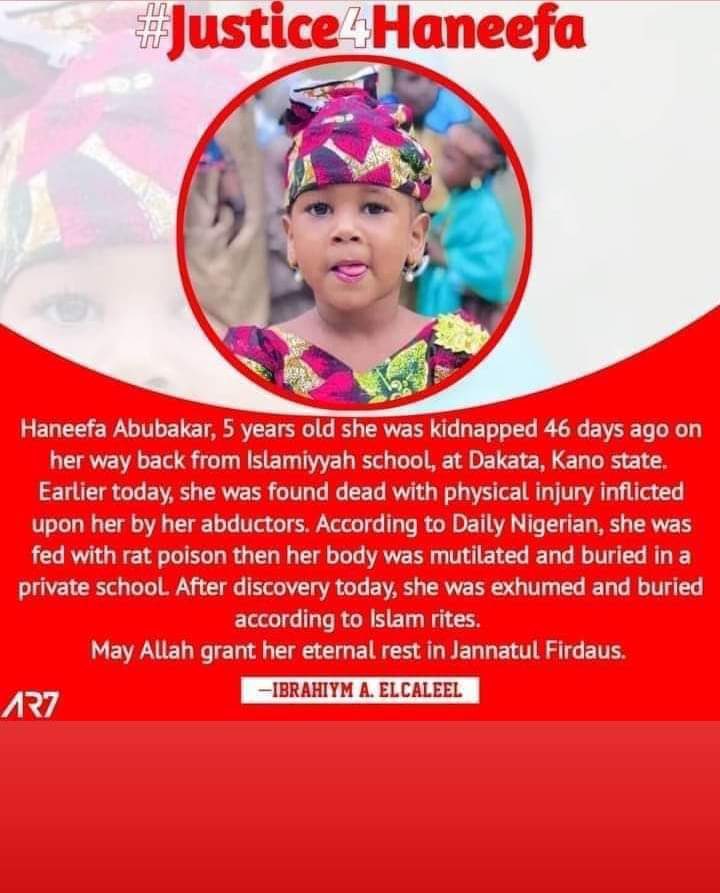 Before she was gruesomely murdered, Hanifa was filmed by family members urging everyone to protect themselves. 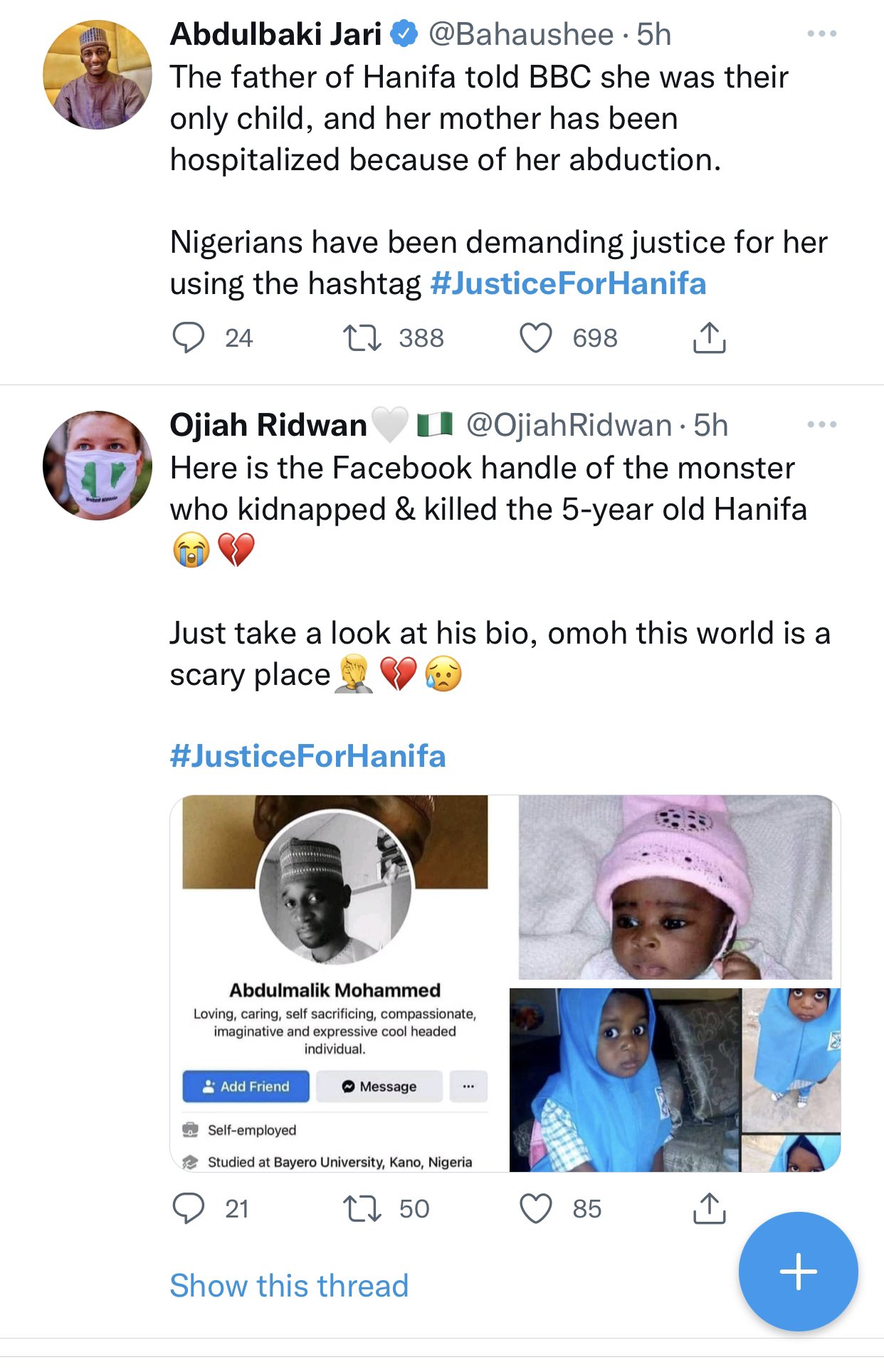 The Kano Anti-Kidnapping Law states that anyone that kidnaps someone & the victim dies in the process death penalty is the punishment for the kidnapper! I call for the death penalty for the barbarians that kidnapped & killed this little angel #JusticeForHanifa 😪 pic.twitter.com/BlBmUkWAZS