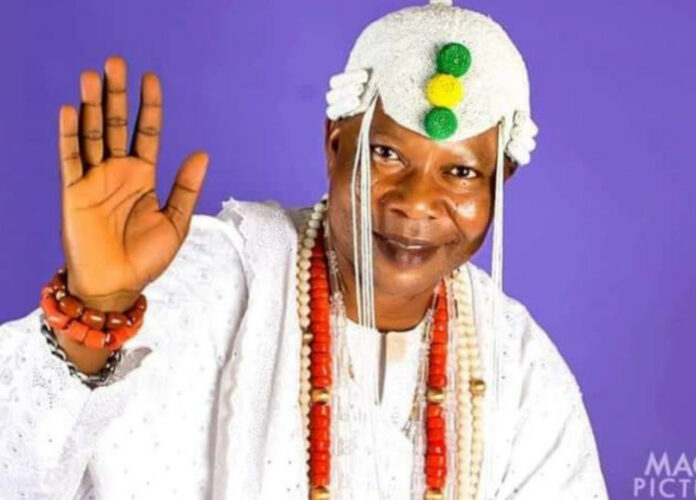 Thugs invade Ogun monarch’s palace, allegedly burn him and four of his aides to death

The traditional ruler of Agodo village in Ewekoro local council of Ogun State, Oba Ayinde Odetola, and four of his aides have been reportedly killed by unknown gunmen who invaded his palace and set them ablaze on Monday, January 24.

According to reports, the monarch and his aides were assassinated and burnt as soon as they entered the town around 11:00 a.m. It is believed that the attack is as a result of the crisis surrounding the choice of a ruler in the community. Crisis began in the community after the late monarch, who was from the Ake dynasty, was chosen as the traditional ruler of the community, but the Owu people allegedly insisted that anybody from Ake would not be their king.

Confirming the incident, one of the late monarch’s sisters, Chief (Mrs) Adenike Akintade, lamented the heartless killing of the traditional ruler and his aides, adding that the same people recently killed a younger brother of the late monarch.

“I had just been discharged from hospital early this morning, only to start mourning the brutal assassination of my brother. Kabiesi called me on Saturday, urging me to reduce my activities, saying stress could contribute to my illness.

Oba Odetola lost his younger brother to this imbroglio some months ago; the young man was butchered by the so-called hoodlums. Today, Kabiyesi is no more, what a world,” she lamented

Confirming the incident, the police spokesperson in Ogun State, DSP Abimbola Oyeyemi,  denied that four of the monarch’s aides were killed. He said after killing the traditional ruler, the perpetrators burnt the monarch with his car. He said the Commissioner of Police, Lanre Bankole, has visited the scene of the incident for an on-the-spot assessment of the situation.

He added that though no arrest has been made, the Commissioner of Police has directed that the matter be transferred to the homicide section of the State Investigation Department for a thorough investigation.

Oyeyemi added that police operatives are on the trail of those who killed the monarch.