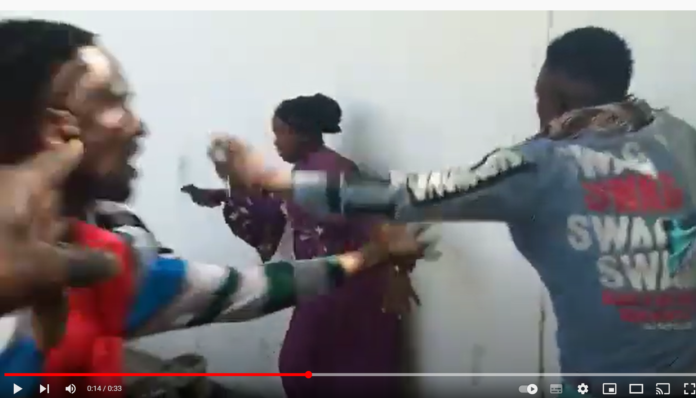 Babagana Zulum, governor of Borno, has ordered the arrest of thugs who beat up Fadila Abdulrahman, a resident of the state, over a Facebook post criticising Ahmad Satomi Grema, a lawmaker representing Jere federal constituency.

In a video that has since gone viral, the thugs said to be loyal to the lawmaker, were seen slapping Abdulrahman in her shop at Shehu Sanda Kyarimi Park in Maiduguri.

The goods in the shop were destroyed and the facility vandalised.

A security source told newsmen that the thugs in the viral video were identified and apprehended.

“Last night, His Excellency was extremely angry. He is vehemently opposed to political thuggery, more so last night’s own was not just thuggery but also gender-based violence in a state with many international humanitarian partners with zero tolerance for gender-based violence. The Governor directed the CP to ensure the arrests were made last night and his orders were carried out,” the source said.

The governor also asked security operatives to investigate and prosecute the perpetrators in accordance with the laws.

Between GT Bank & A Customer