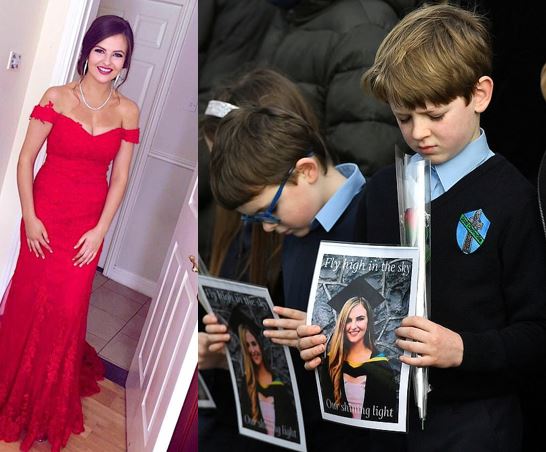 We love you, Miss Murphy – Children taught by murdered teacher Ashling Murphy hold up her photo

Schools across Ireland held a minute’s silence today at 11am as a funeral took place for murdered teacher Ashling Murphy. 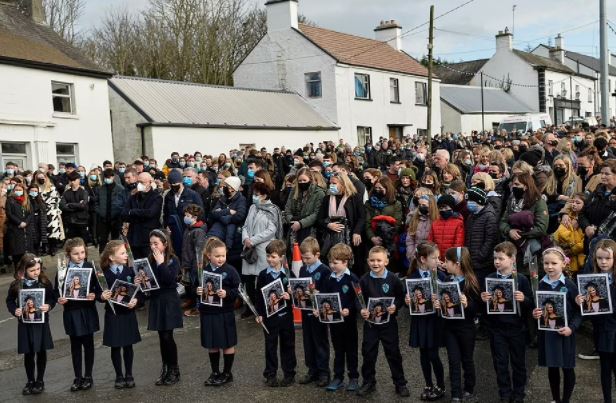 Pupils from the 23-year-old’s primary school class held images of Ms Murphy outside St. Brigid’s Church in Mountbolus, where her coffin was taken for requiem mass this morning before the burial takes place later today.

The message next to Ms Murphy’s image read: ‘Fly high in the sky, Our shining light.’ 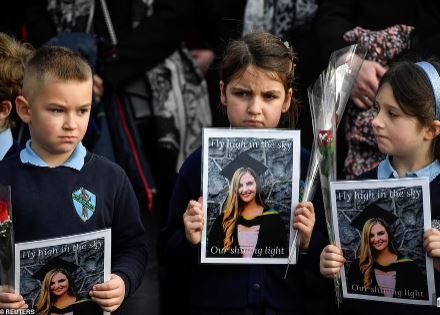 Heartbroken pupils were joined by large crowds who congregated outside the church to pay their respects to the tragic teacher.

Irish president Michael D Higgins and Irish premier Micheal Martin were among those in attendance alongside Ms Murphy’s parents Raymond and Kathleen, siblings Amy and Cathal, and her boyfriend Ryan. 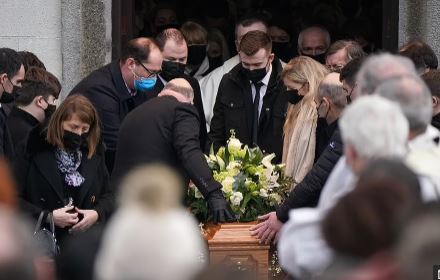 Ms Murphy was killed on Wednesday last week while jogging along the banks of the Grand Canal in Tullamore, County Offaly. A post-mortem examination revealed she was strangled to death. 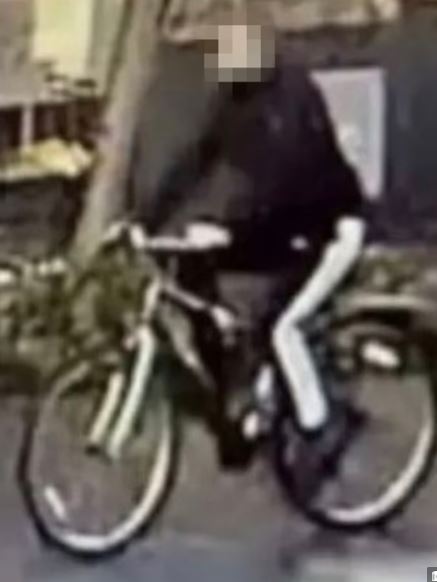 At the time of the attack the suspected killer wore a dark tracksuit with no hood and black tracksuit bottoms with a large, distinctive white stripe.

The description comes from a video of a man on a Falcon Storm mountain bike that was captured on an apartment block CCTV camera close to the time of the murder and matches a description offered by one of two women who witnessed the killing.

A still from the CCTV has been circulating online since Thursday last week and was confirmed as authentic by a man who was interrogated about the killing before being eliminated from the investigation.