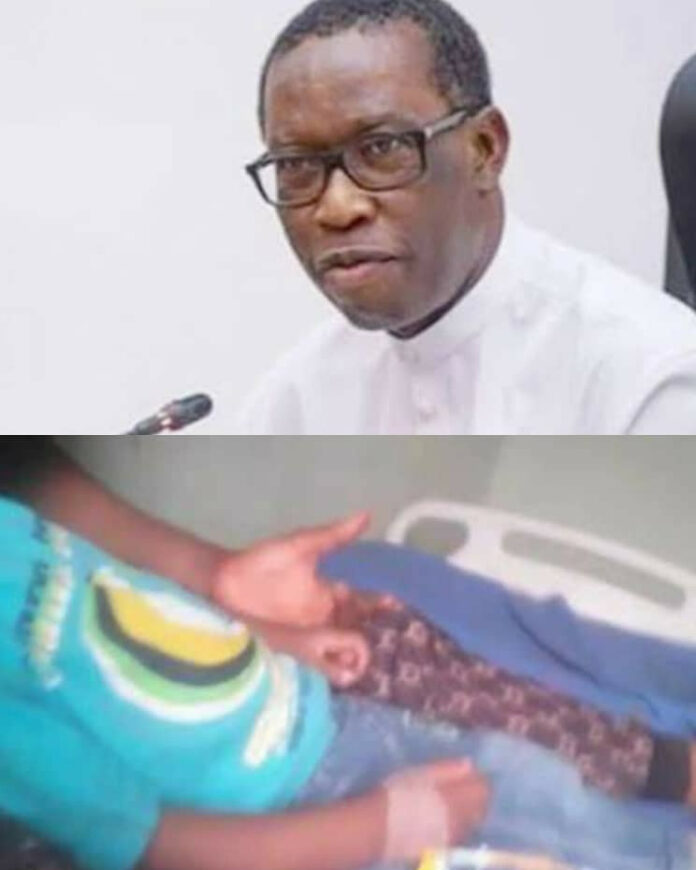 The Delta State Government has shut down a primary school in Asaba following the death of a 19-month-old pupil, Obinna Udeze.

Baby Obinna died from injuries sustained after his teacher, Emeka Nwogbo, allegedly flogged him last Monday February 7, leaving marks on his body. The little boy fell ill and was admitted at the Federal Medical Centre, Asaba where he died on Saturday, February 12.

Reacting to the sad incident, the state Commissioner for Basic Education Chika Ossai, said the investigation showed the school was not approved by the state government. He said the school has been shut down as the proprietor does not have an operational license.

The accused teacher is currently in police custody while investigations are ongoing.