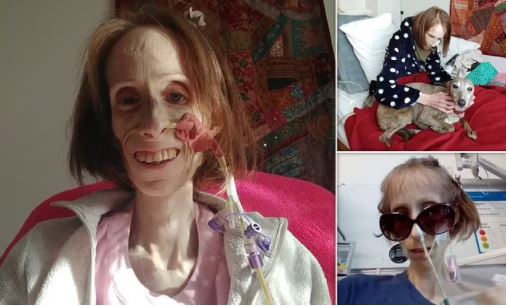 Doctors diagnosed the now 36-year-old as anorexic, leading to her to undergo more than two decades of ‘traumatic’ treatments. It included force-feeding and being sent away to specialist clinics for months at a time.

But in 2015, Ms Baker was then told she had superior mesenteric arterial syndrome (SMAS).

The condition is rare — affecting as few as one in 10,000 people — and leads to pain and nausea shortly after eating. It is caused by part of the small intestine being compressed by two arteries, blocking digestion. 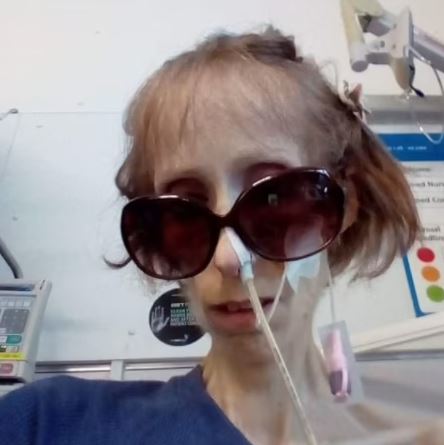 The NHS is thought to have ruled out surgery for Ms Baker, from Truro, because she is already so under-weight. She says she is currently receiving palliative care.

But Ms Baker says a clinic in Germany has agreed to carry out a procedure that may potentially save her life, if she can raise £50,000 to cover the costs.

Since setting up a GoFundMe page at the start of the year, she has received £95,000 in donations. However, in an update today, Ms Baker claimed she was too sick to tell donors whether she had managed to secure the treatment.

Ms Baker said: ‘I am so deeply sorry for days of absence… feeling ever so weak and the fight is hard. I’d like to share with you where I am when I have not the energy to articulate it.’ 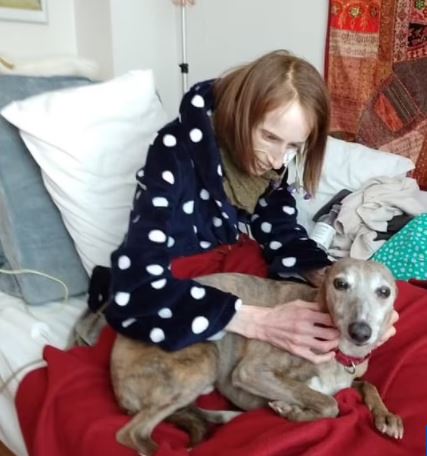 What is Wilkie’s Syndrome?

It is characterized by compression of the small intestine between the aorta and the superior mesenteric artery.

This results in chronic, intermittent, or sudden obstruction of the small intestine.

Despite the fact that about 400 cases are described in the English language literature, many have doubted the existence of superior mesenteric artery syndrome as a real entity.

Some investigators have suggested that superior mesenteric artery syndrome is overdiagnosed because it is confused with other causes of elongation of the small intestine.

Nonetheless, it is a well-known complication of scoliosis surgery, anorexia, and trauma.

It often poses a diagnostic dilemma.

Tears As Friday Arunsi, Killed By Police In Abia, Is Buried...