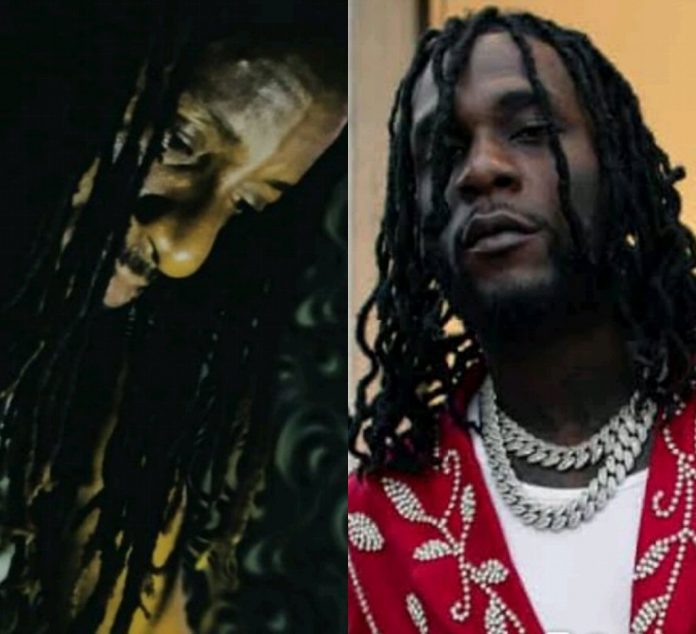 Assailed me after I happened on an intentional, searching post on Facebook by a homeboy and an Ace Entertainment writer and reporter (see dem, Dem wan know him name).

Below this post followed a thread that got my brain churning. First, arrogance is defined by the owners (oyibos) of the word as “over bearing pride evidenced by a superior manner toward inferiors,” while pride is defined as “a feeling of self-respect and personal worth.” Nigerians funny gan. We like to judge gan.

Our hypocrisy thick gan. Via simple reasoning, I arrived at a conclusion, but before I drop this conclusion, I go beat the bush small, even though I know the exact location of meat wey I dey hunt. See, Bob Marley died many years ago, but left many sons wey don worry the world music scene one way or the other.

Ziggy, Stephen, Ky-Mani and Julian Marley have all recorded successes musically, toeing their father’s foot prints, but none is bigger and more universally acclaimed than Damian Jnr Gong Marley. E get why.

It has become cultural for the Blackman to always expect the “second coming.” A religious, mental malaise that has a whole race shackled to the bottom of the ladder. Too many people expect the offsprings of legends or great people to sound or behave exactly like them. When the children consciously try to be their “parent(s)…they never blow in the real sense of the word. Why? Because “original na original o! Dem nor dey meet am, Dem nor dey buy am.”

Damian Jnr Gong blew bigger than his brothers because he doesn’t sound like his father. His sound and gruff voice is uniquely his. Yet, his lyrics tailored to tackle the universal ills his father and other conscious musicians, artistes and activists railed and stood against remain consistent and evergreen. So, in listening to Junior Gong, you feel his father’s spirit deep in him, but his identity is his.

Bach home, Femi Falana na heavy weight Lawyer (SAN) and indomitable Activist wey don dey knack head with governments and establishment tay tay. Now see his son, Falz the Bad Guy. A Lawyer, conscious artiste and activist. He is “his father’s son,” but does he push his activism in the Law courts? NO! He fights with his music, pushes boundaries and raises the bar for activism in a new world. In his comic voice and persona, plus his learned, conversational, intellectual, linguistic delivery and incisive musical lyrics, you feel the spirit of his father, but the son is uniquely Falz.

Fela Anikulapo Kuti holds the world record for the highest number of arrests of a musician in a lifetime. Over 200 times, including the 20 months he served in 1984 when Muhammadu Buhari ruled as a serving Soldier. A conscious musician (with his own political beliefs that he was never afraid to push) and activist, he went toe to toe with variant regimes till his death.

He strutted the world stage like a giant. He was proud of his ancestry. His body was a canvass of evidence of beatings and torture. His scars were his trophies. His media interviews were easily the most riveting, interesting and fun to watch, till date. He was the biggest thing out of Africa when he lived, and remains one of the biggest things out of Africa, till the end of time.

He could be brash depending on the perception of who’s listening, but his intellect was never in doubt, and his musical lyrics and offline yarnings of realities and truths were a testament to the man’s bravery and courage in the face of superior, violent force as represented by the civilian and military governments he went up against. Establishments plagued with extra-judicial killings and the disappearance of dissenting voices.

Back to base. While Fela Kuti’s sons, Femi and Seun have recorded big time successes and made their mark on the world stage, truth remains that they cannot be their father…”musically and in doings.” Even though Femi ran the gauntlet for many years and was nominated for the Grammys a few times and still reigns till tomorrow, he always comes off to hard core Felaists as a watered down version of his father. His younger brother, Seun Kuti flies the flag and spirit of his late father in music, offline flow and real time activism. The latter part of the year 2020 witnessed the reality of the fire that burns in the young man, up to the burst up of nuisance “party people” on his street in Ikeja.

But there is another son from Port-Harcourt, Rivers state. The son of Samuel and Bose Ogulu and grandson to Benson Idonijie, music writer and first manager of Fela Anikulapo Kuti’s band. His name is Damini Ebunoluwa Ogulu aka Burna Boy. The genuine article, a first class international music super star that has fused effortlessly afrobeat, reggae, dancehall, hip-hop and pop into one massive rolling stone called Afro-fusion that is gathering every moss on and off its path.

Yet back home, many Nigerians say “he is too proud…he is arrogant.” How? Because he knows himself? Because he is confident? Because he proclaims his greatness? Because he takes on what he does not agree with? Because he will not shy away from a fight or fisticuff? Visualize this; if when Fela aka Abami Eda was alive he had peers that were virtually on his level running things in the same industry, don’t you think there would have been violent clashes? Don’t you think some musicians or “miswaka” people in that period would have been almost slapped blind or beaten senseless in consideration of the fact that Fela had solid street cred and had squads willing and happy to do “shit” for him at the slightest whim?

The greats owned their greatness and personality without apology. Muhammad Ali ranted, boasted and claimed his title as the greatest before he officially became the greatest boxer in boxing history. They called him proud, but he died a legend and his name lives on while his family, generations on will continue to thrive on the name. The same for the Bob Marley, Fela Kuti legacies and the impact on generations forward of same name.

We want our celebrities and stars modelled a specific way via our skewered concepts of “what is right”, based on a moral system that is not even ours. When they do not come in this mould, we have problems with them.

Fela is more alive now than ever courtesy of Burna Boy’s creativity and originality in fusing lines off Abami Eda’s extensive discography into his own expanding body of work.

We watch Damini Ogulu strut the world stage, granting riveting interviews, hooking collaborations as never before done by a Nigerian musician or artiste inside and outside of his “highness” and still leaving us mouth open in awe and wonder at this new reality wey dey sweet our belle and soul. This is because we all wish we were that gruff voiced, “I don’t care” guy just doing his thing and getting all the accolades for just being him.

It doesn’t and shouldn’t take much to realize that the daunting self awareness, sociopolitical consciousness and swagger of Burna Boy termed arrogance today by funny Nigerians was birthed from his mother and grandfather’s affiliation to the Afrobeat legend. It is a lifestyle and should be accepted thus. In truth, Burna Boy is a non-biological scion of Abami Eda, but his identity is unarguably his. Love or hate him, Burna is the alignment of many shades of black and musically, the best thing out of Africa today, and without a doubt…the African Giant.

OAP Dotun apologises as he congratulates Gedoni on his engagement to...