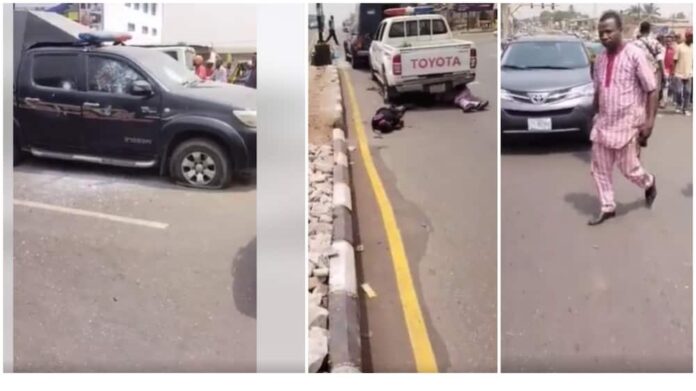 According to reports, the armed robbers, who were said to have dressed in police uniform, trailed the van to Idi-Ape and, tried unsuccessfully to intercept the bullion van at the area.

Eyewitnesses, however, told newsmen that the robbers allegedly fired several shots at the escort van in a bid to intercept the van and cart away the money.

Unconfirmed report said the robbers were not able to loot the van as the driver managed to escape with the van.

It was further learnt that the police command launched a manhunt for the fleeing robbers, with the assurance that they would be arrested.

Two police officers are forced to apologise after they were caught...