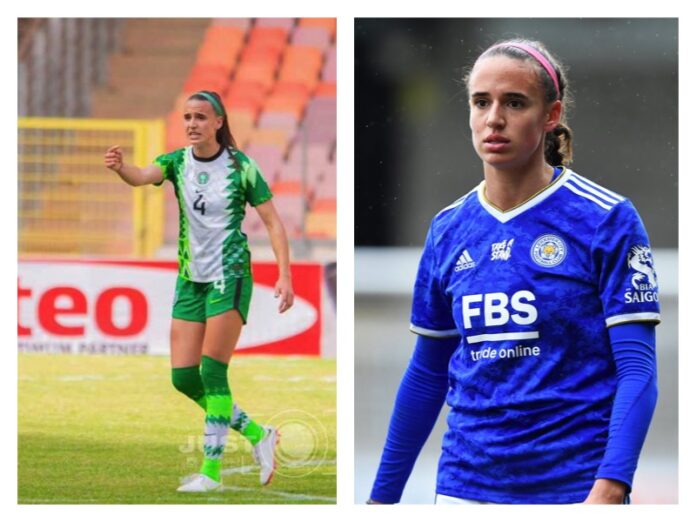 Ashleigh Plumptre started for Nigeria for the first time on Friday, February 18, against the Côte d’Ivoire women’s national team at the MKO Stadium in Abuja.

Her performance was solid and she largely contributed to the clean sheet that allows the Falcons to take a two-goal lead to Côte d’Ivoire next week for the second leg.

Plumptre was born to English parents but her Nigerian roots can be traced to her grandfather, a Yoruba man. Plumptre has played for England’s U-15, U-17, U-19, and U-23 teams but she publicly declared her interest in playing for Nigeria in 2021.

She told the BBC, “What it will mean for me as somebody who is British born but with Nigerian heritage is huge. People look at me and they think I’m tanned and that I’ve been on holiday, they don’t think that I’m Nigerian,” she added.

“I don’t think that should be significant in saying whether somebody is Nigerian or not because it’s in your blood, it’s not about what you look like.”

Desire To Play For Nigeria

The NFF spokesperson, Ademola Olajire commented on the nationality switch to the BBC by saying, “It was only possible because of her commitment and dedication. She made the federation’s work a lot easier by providing all the requirements in quick time.

“Her professionalism and unflinching desire to play for Nigeria is honestly heart-warming. That big move on her part obviously helped a lot and prevented the long wait for the FA’s response.”

Plumptre revealed to the NFF that football means a different thing to her now to when she was younger.

“The biggest thing in my life is my family, pretty much. So my sister and I bonded about our Nigerian heritage during the COVID lockdown in 2021. She is 11 and she has had experiences I have never had and now I am taking her on this journey with me.”

She also revealed that African football is so different from European football. “I have a British mentality at times like I can allow myself to get frustrated but unlike in Britain, where everybody gets frustrated and are cursing, here, people just get on with it.” 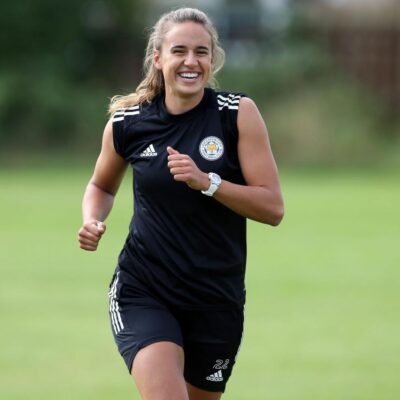 She is trying to learn as much as possible about the culture and the people. “As much as I am here for football, I am learning about things that are just as important and things I’ll probably take for granted at home.”

She reiterated the fact that stories cannot tell it all about Nigeria. “Like I said, I have to be in it, to experience it for myself.”

The 23-year-old started out as a midfielder before transiting into a defender, which enables her to be calm on the ball and to drive forward from her defensive position. Plumptre was named Leicester’s best player last season as she led the team to the top tier.

Her previous clubs include Birmingham, Derby County, Notts County, and the University of Southern California (USC), with which she won the NCAA IN 2016. Plumptre has helped her team to 10th place in the league. She has played 17 matches in all competitions and scored two goals.