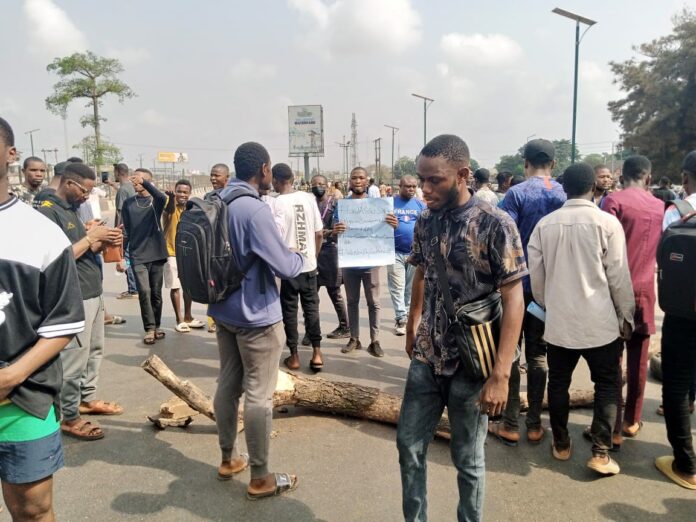 Hundreds of students of the University of Benin, UNIBEN yesterday blocked busy Benin – Lagos Highway in a solidarity march with the Academic Staff Union of Universities (ASUU) where they called on the federal government to meet the demands of the lecturers and make learning more convenient for them.

The President, Students Union Government (SUG), Foster Amadin said the students would continue the protest in support of the lecturers.

He told journalists that “This is a warning protest, we are airing our grievances and to let the government know that we are watching, ASUU should know we are watching and that if proper measures are not taken to check this strike, the effect will not be nice. We are ready to stay here except the federal government listens to our lecturers.”

Corroborating Amadin, the Speaker of the SUG, UNIBEN, Dignity Amenaghawon said “The essence of the protest is because of the ASUU strike, we are in the streets clamouring for the federal government to answer ASUU’s demands and put an end to these strikes, the federal government should respond to the demands ASUU is making.