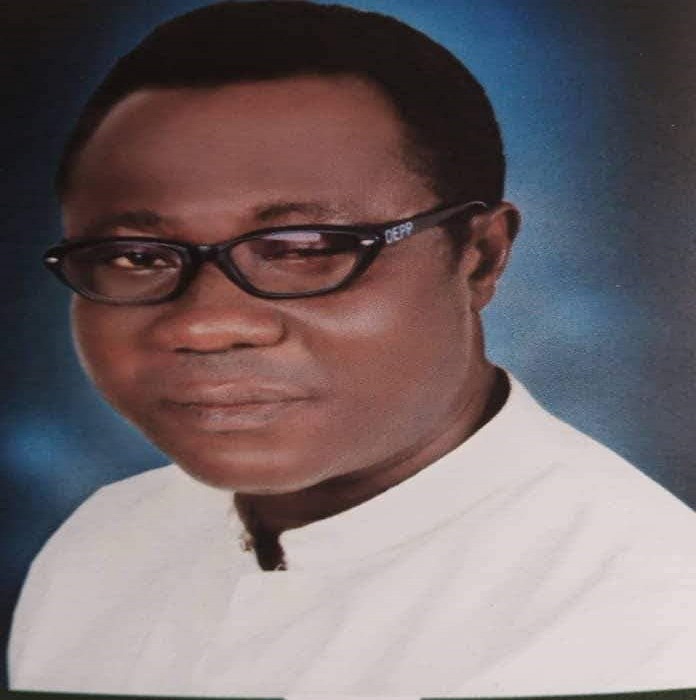 The Parish Priest of Holy Trinity Catholic Church, Ewu-Owa Gberigbe in Ikorodu, Lagos, Rev. Fr. James Anelu, has been “suspended” for banning Igbo songs and choruses in his parish.

The Catholic Archbishop of Lagos, Alfred Martins, in a “disclaimer”, directed the priest to proceed on “an indefinite leave of absence”.

Anelu was reported to have banned Igbo songs and choruses in his parish, arguing that the excesses of Ndigbo must be contained.

It was learnt that he had angrily stopped a soul-lifting chorus during the second collection, noting that Igbos cannot keep dominating other people in his Catholic parish.

He reportedly cited the case of his Benin Diocese where Igbos dominate to the point of becoming the Bishop, allegedly claiming that the spirit of God recognises only geographical languages of the parish.

While announcing the suspension, Martins, in the letter dated February 7, said, 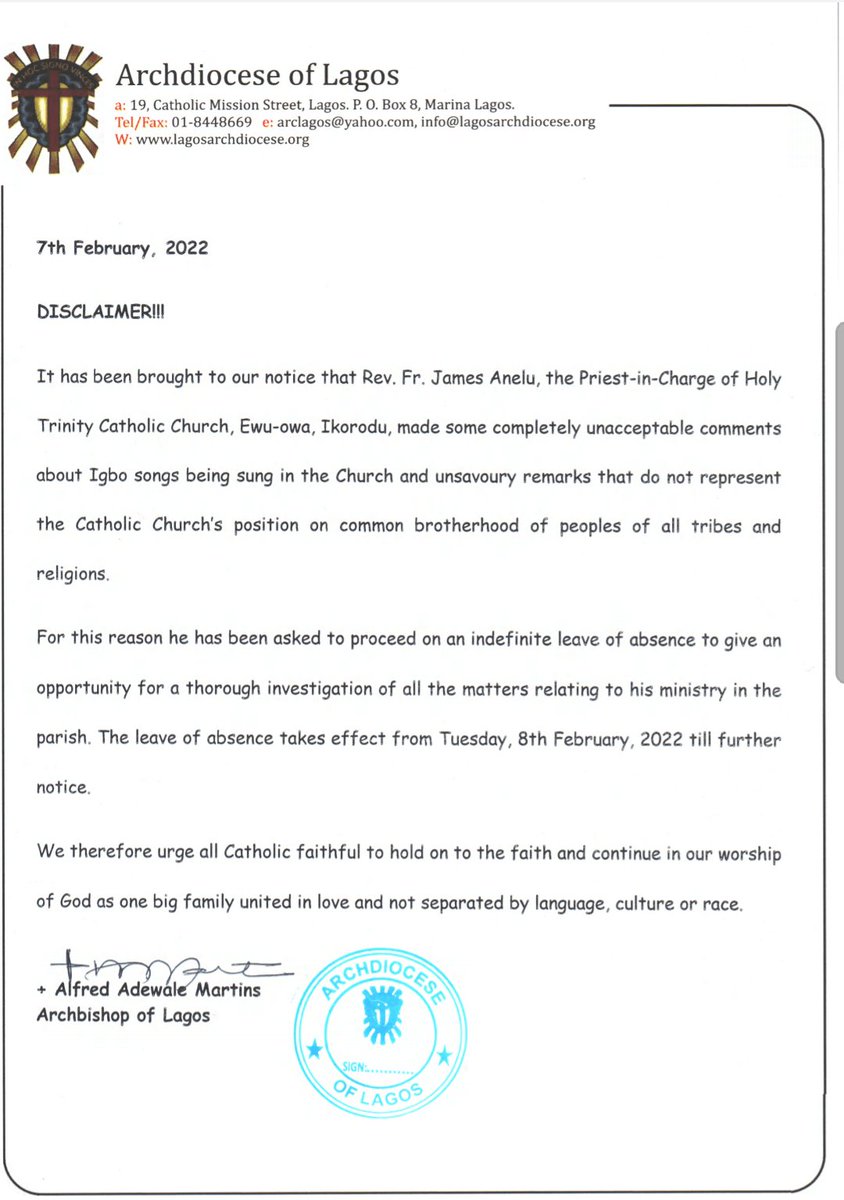 Pastor Adeboye breaks his silence on his son’s death