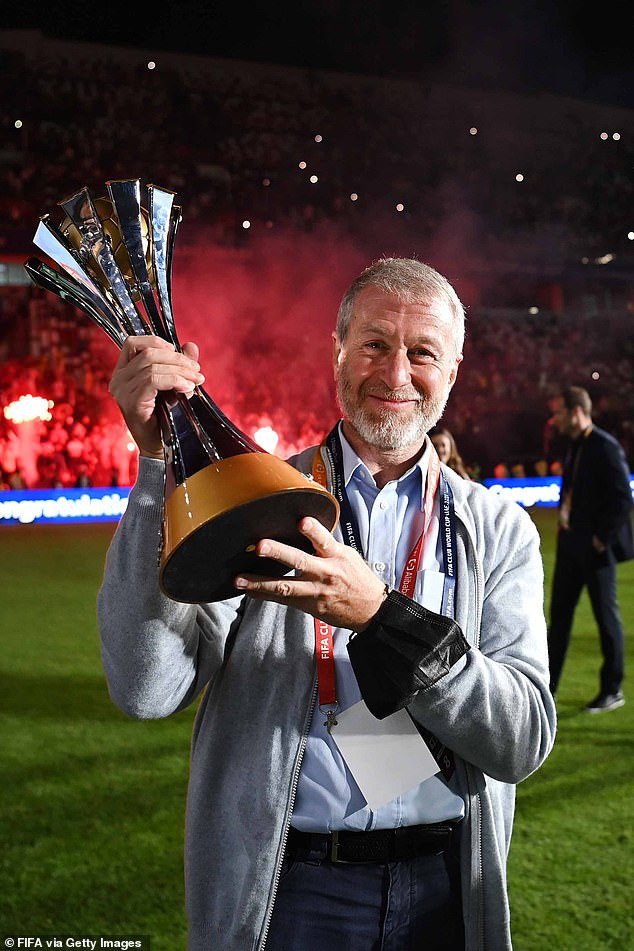 The billionaire has not been seen at his Premier League football club’s south-west London home, Stamford Bridge, for months and in 2018 withdrew his application for a British Tier 1 investor visa in the wake of the Salisbury poisonings by Russian agents.

According to The Sun UK, senior UK security sources now say it is unlikely that the Abramovic, 55, will ever be allowed to live in Britain again.

Immigration officials are reportedly under instructions from the UK government to make it impossible for Abramovich who owns a £125million mansion near Kensington Palace to live in the UK.

The Government’s Home Office’s ‘Special Cases Unit’ is handling his case and the action comes after Russia conducted a full invasion of Ukraine.

This week UK politicians named Abramovich as one of 35 oligarchs identified by Russian opposition leader Alexei Navalny as one of the ‘key enablers’ of the country’s president Vladimir Putin.

Abramovic vehemently denies he is close to the Kremlin or has done anything that would merit sanctions being imposed against him.

In 2018 Mr Abramovich became an Israeli citizen, allowing him to enter Britain for up to six months and he used his Israeli passport last October to make a short trip to London.

But sources said if he wants to be resident in the UK he will have to apply formally for a permanent visa.

A senior source told The Sun: “Any attempt would almost certainly be rejected.”

“Focus On Football” – Iwobi Fires Back At Mario Balotelli