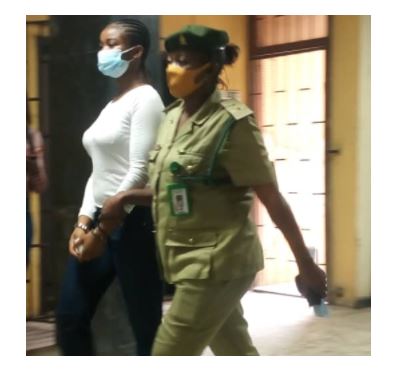 The trial of Chidinma Ojukwu, the suspected killer of Super TV CEO, Usifo Ataga resumed on Monday, Feb. 14, at the Lagos High Court.

Ojukwu was seen in handcuffs on the premises of the court.

Recall that, Chidinma Ojukwu, a 300-level Mass Communication student of the University of Lagos and two others are on trial over Ataga’s murder.

A witness in the murder trial of Chidinma Ojukwu, the 23-year-old accused of killing the Chief Executive Officer of Super TV, Usifo Ataga, gave her testimony during the trial.

The witness, Nkechi Mogbo, is the owner of the short-let apartment at 19, Adewale Oshin street, Lekki Phase 1, where Mr Usifo was murdered.

In her testimony, Mogbo said she got a phone call from a Lady on June 13 who said wanted to enquire about her online-listed apartment.

She said the lady identified herself with the name “Jewel” and said she would take the apartment for three days.

After payment, Jewel was handed the key to the payment. 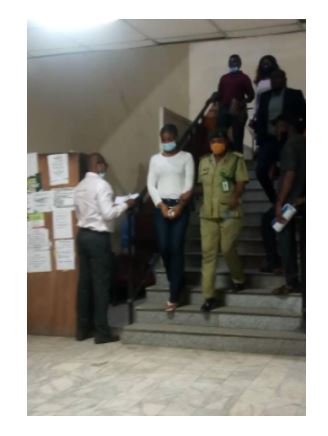 Two days later, on June 15, Mogbo said she got a message from Jewel, later identified as Chidinma Ojukwu, that her friend would like to extend their stay for three more days and would make the payment the following day, on the 16th.

She however claimed that she discovered Chidinma left the apartment the night before.

Mogbo told the court that she provided all the chats between them to the police by email and also printed a copy while in custody.