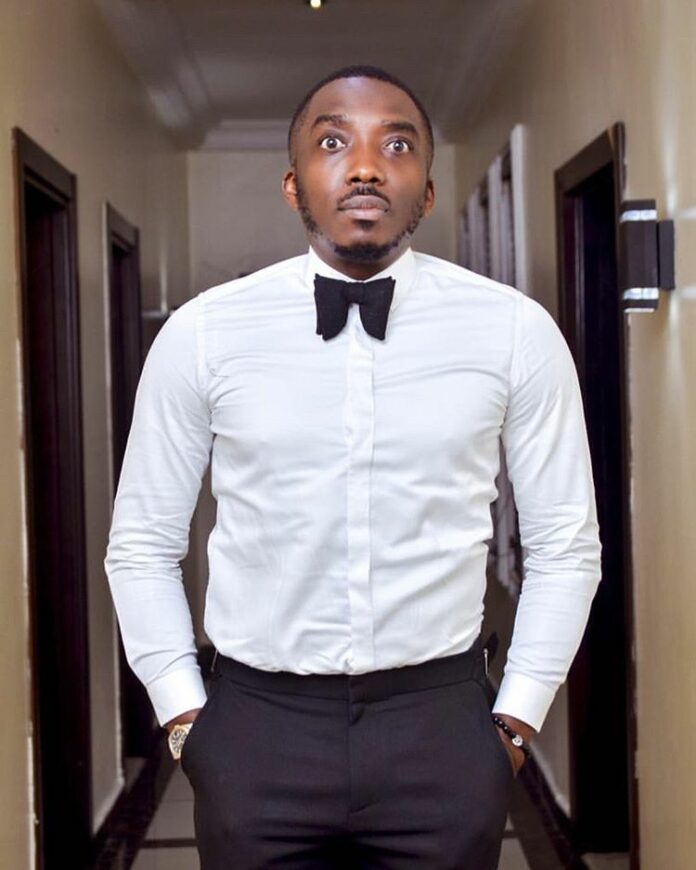 Popular Nigerian comedian, Bovi Ugboma, has shared a recent experience he had at a London hotel where he was almost accused of stealing.

In a series of Instagram stories on Wednesday, the ace funnyman disclosed how he told officials at the London hotel to ‘google’ him during an interrogation, in order to save himself.

According to him, he was trying to check into a hotel in London and on arrival, he was asked to present the card he used in booking the room.

Bovi noted that he made it clear to the hotel that his wife, using her card, helped him book the hotel and she was in Nigeria.

He stated that his explanation did not make the situation better as they thought he was trying to steal.

The comedian further noted that the matter turned worse when his own card declined.

In order to save himself from the situation, Bovi revealed that for the first time in his life, he used the word ‘google me.’

In his post, the actor also made reference to a popular con man, who goes by the name Simon Leviev, known for Ponzi scheme and internet scam.

Bovi noted that Leviev had ‘spoilt everywhere’ with his escapades and has made organisations more alert to scams and cyber theft.

The comedian wrote, “Simon Leviev done spoil everywhere o. Tryna check into hotel in London and they insist I present the card that was used for the booking.

“I tell them it was done for me by my wife and she’s in Naija. That made it worse. They think I’m stealing. Then to crown am, my own card dey decline.

“For the first time in my life, I said the words ‘google me’.” 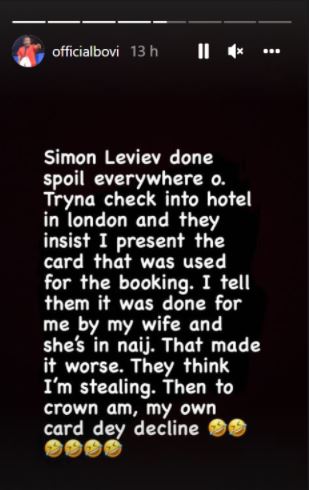 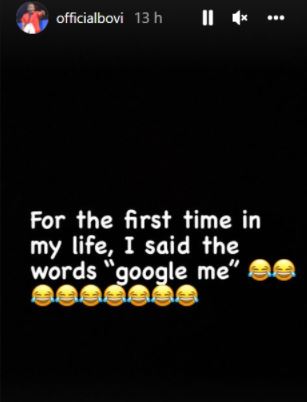