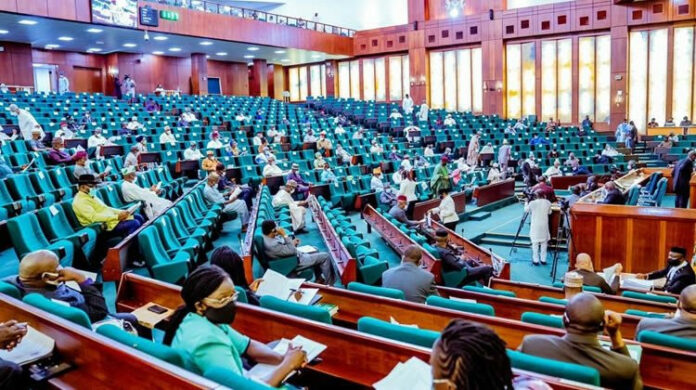 The House of Representatives has asked the federal government to declare a state of emergency on ritual killings in the country.

The decision was reached on Wednesday February 9, following the adoption of a motion of urgent public importance sponsored by Toby Okechukwu, deputy minority leader of the house.

Okechukwu who called the attention of the House to the recent incidents of ritual killings which he said have assumed an alarming rate, condemned the upsurge of reported ritual killings with increasing cases of abductions and missing persons in different parts of the country, adding that the culprits in most cases rape, maim, kill and obtain sensitive body parts of unsuspecting victims for rituals.

He noted that the Red Cross Society said it received 10,480 reports of missing persons in Nigeria in 2017, while also referencing report of three teenage suspects and a 20-year-old who killed a girl identified as Sofiat in Ogun state.

The lawmaker who pointed out that one of the suspects confessed that he learned the act of ritual killing from a video he watched on Facebook, also condemned the killing of Iniobong Umoren, a woman in her 20s, after being lured to a location in Uyo, Akwa Ibom State for a job interview.

Okechukwu stressed the need to be mindful of the role of the Nigerian movie industry in moulding the behavioural patterns in the society, as well as the mandate of NFVCB and others.

Following the adoption of his motion, the lawmakers called on the National Orientation Agency (NOA), as well as parents, heads of schools, religious leaders, and the media to undertake a campaign to change the negative narrative bedevilling the society.

They further mandated the House Committee on Information, National Orientation, Ethics, and Values to report back to the House within four weeks.

The lawmakers also said that the Inspector General of Police should take urgent steps to increase surveillance and intelligence gathering, with a view to apprehend and prosecute all perpetrators of ritual killings in Nigeria.

Similarly, the House Committee on Police Affairs was mandated to report back to the lawmakers within four weeks.

I Do Not Think Apostle Suleman Is Guilty, But I Will...