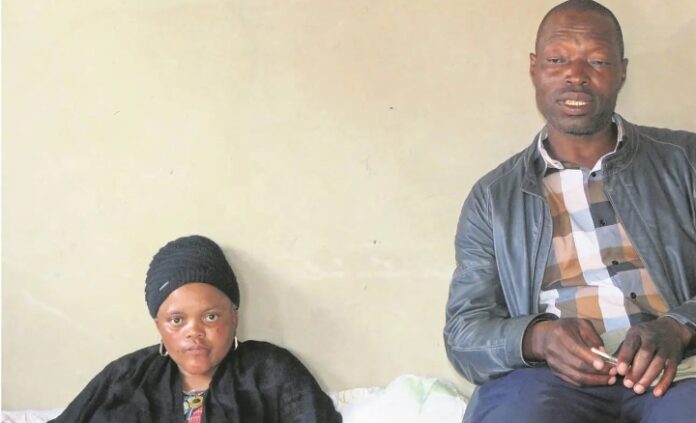 A funeral at Daveyrown, South Africa was forced to stop after a family discovered that their late son’s manhood was missing.

The family who claimed that their son’s body was mutilated and violated at the funeral parlour, made the bizarre discovery when they went to wash their 18-year-old son’s body.

It was also gathered that while the grieving parents, Portia and Bellium Tjale refused to bury their disfigured son, relatives and neighbours also blocked funeral parlour workers from taking the tent, chairs and other items. They declared that they would hold the property as security until the owner of the funeral parlour refunded them their R30 000.

“My son’s body was collected from home with every body part intact, but some parts are now missing. Why is that?”

Portia alleged that the funeral parlour which first collected their son’s body did not have cold storage. As a result, they transferred the body to another parlour. She later discovered that his manhood was missing at the second parlour.

She went on to say that the owners of the second parlour tried to hide the issue by telling her not to come.

“The same funeral parlour owner and his wife then even contacted me again to convince me not to come because I suspect they saw something was not right. My son deserves to be buried with dignity and not to be subjected to such disrespect”

“My son suffered and the next thing he was disrespected. Mpho was epileptic and had autism.”

The grieving parents reported the matter to the Daveyton police, who have since opened a case of violation of a corpse.

However, the two parents allege that the police told them to bury their sons’ body despite the missing manhood.