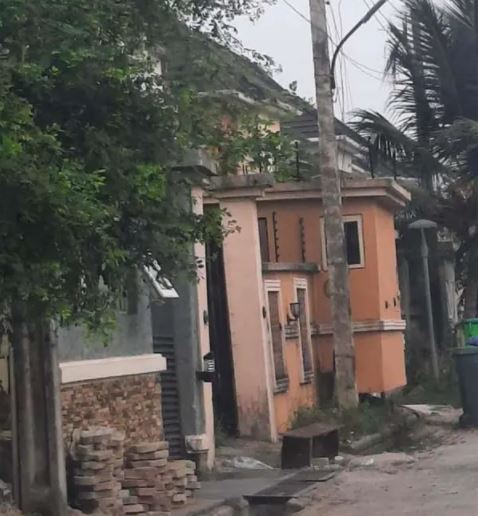 A man identified as Felix Akeze, staff of FIRS, is reportedly holding his wife and children hostage with gun at their residence in Chevron Drive, Lekki, Lagos.

Reports said the wife who is from Aku in Igbo Etiti LGA, Enugu state, alerted one of her brothers through the phone early this morning. She told him that the husband said she must pay all the money he spent on her and their children else he will kill all of them.

It was gathered that security men at the estate who have arrived the house at no 5b, Toyosi Adetoro street together with some policemen from Ajah division are making frantic efforts to penetrate into the compound and rescue the victims.

They succeeded in getting into the compound and diffused the situation. His wife and kids have been rescued.

The wife reportedly disclosed that they have been held hostage for five days by her hubby.