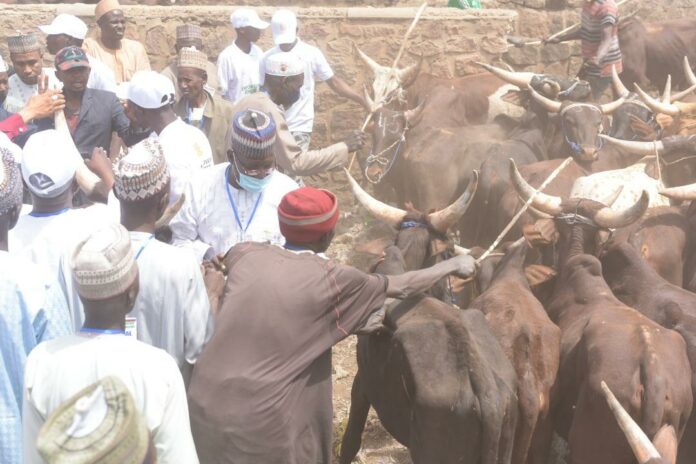 According to the statement, the empowerment programme is part of efforts to keep the rehabilitated persons off drug abuse.

Those rehabilitated are said to include 200 males and 300 females.

“This is a way of keeping them out of drugs and engaging them meaningfully. We have empowered the first 300 beneficiaries. The remaining 200 beneficiaries will get the empowerment by March,” he said.

“If beneficiaries are left without empowerment, they will revert to drug abuse.

“Those who got cows would sell them in three months and keep the profit, while the capital is re-invested in buying new cows for them.

“Monitoring of the beneficiaries would be easy as they would transact the business of selling the cows at abattoirs under the supervision of the abattoir associations.

“Women who got goats would rear them for between six months and one year, depending on the size.”