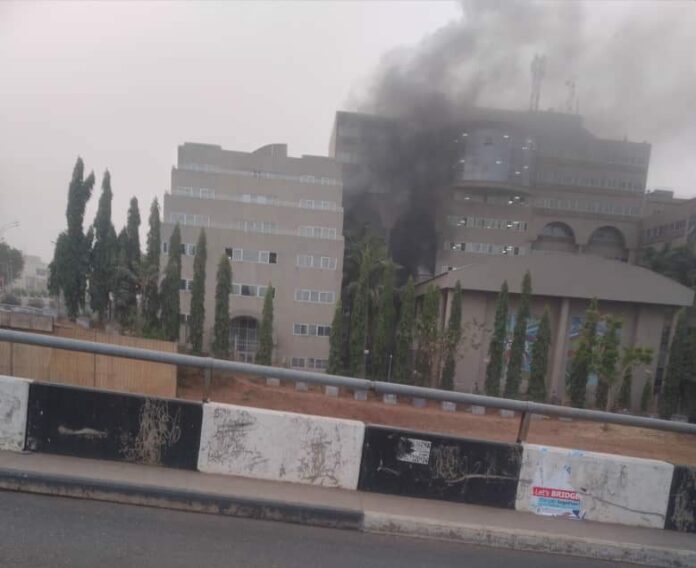 Fire breaks out at ministry of finance building in Abuja

There was a fire incident at the Federal Ministry of Finance early hours of today.

Eye witnesses said that fire was caused by an explosion of expired inverter batteries at the basement of the Minister’s building.

However, it was learnt that the was no casualty nor any major damage to the building as security officers in the premises promptly put out the fire.

An official of the ministry described it as “a minor fire incident.”

Eye witnesses said that fire extinguishers strategically located in the premises were used to successfully fight the fire, even before the arrival of the Fire Service men.

How Governor’s Security Adviser Was Rescued After Being Kidnapped In Calabar....