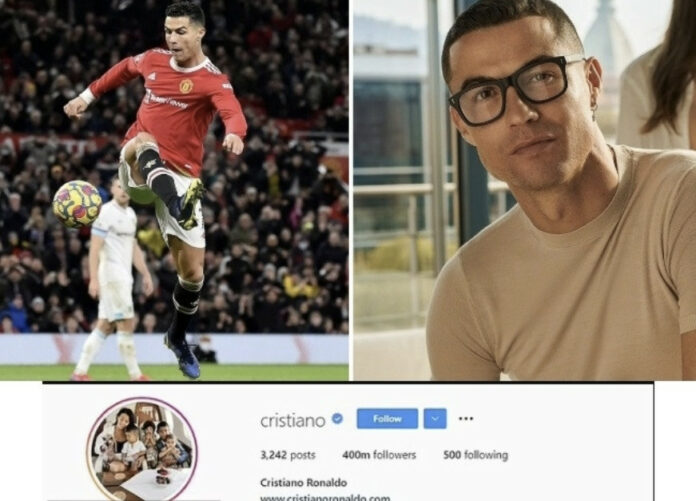 Manchester United striker, Cristiano Ronaldo, has crossed yet another big milestone on social media, becoming the first person ever to cross the 400 million followers mark on Instagram.

In September 2021, the forward had 237 million followers which made him the most followed man on the application, an amount that has since grown exponentially in a matter of months.

Reality star, Kylie Jenner is second in the rankings with over 308million followers, with Lionel Messi sitting in third with 306million.

Popular broadcaster Piers Morgan shared a picture with himself and the Manchester United forward on Twitter.

He said: ?’Congratulations on becoming the first human being ever to reach 400 million followers on Instagram. The undisputed social media goat, p.s he only follows 500 people, including me… he knows a good grammer when he sees one.’

I Am Proud Of My Players – Gernot Rohr