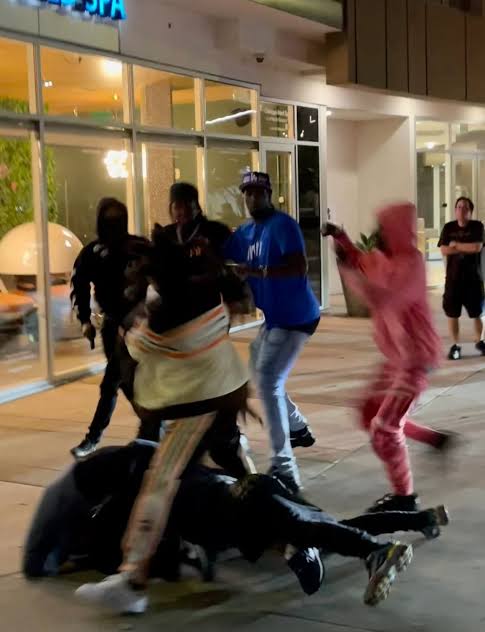 The Canadian singer had performed in WeHo at the Pacific Design Center and had an after-party nearby at The Nice Guy.

At least four people were shot by an unknown gunman at Justin Bieber’s party in Los Angeles, United States, on Friday night.

Rapper Kodak Black, whose legal name is Bill Kapri, and two other individuals were hospitalized after sustaining injuries in a shooting outside a lounge on N La Cienega Boulevard in Los Angeles early yesterday morning.

The incident occurred in the hour after the venue had concluded hosting an unofficial after-party for Justin Bieber’s concert.

Kodak was seen leaving the party flanked by an entourage of friends and associates including rapper Gunna. As the group stops to take photos with fans outside the event, a fistfight breaks out among a group standing by a red Ferrari on the street.

Though the motives behind the skirmish are still unconfirmed, LAPD had previously shared the incident was not gang-related.

While the incident unfolded near the lounge, the afterparty had already concluded by the time it occurred, with guests being escorted out of the venue at around 1:45 a.m. ahead of a 2:00 a.m. closure.

A source close to the situation also indicated that Kodak Black hadn’t entered the premises during the evening.

Multiple rounds were fired, striking the three men. Two were transported from the restaurant to a local hospital by the Los Angeles fire department, while the third was later moved to a hospital after leaving the crime scene.

All victims are now in stable condition. There is currently no information available on suspects in the incident and the investigation remains ongoing.