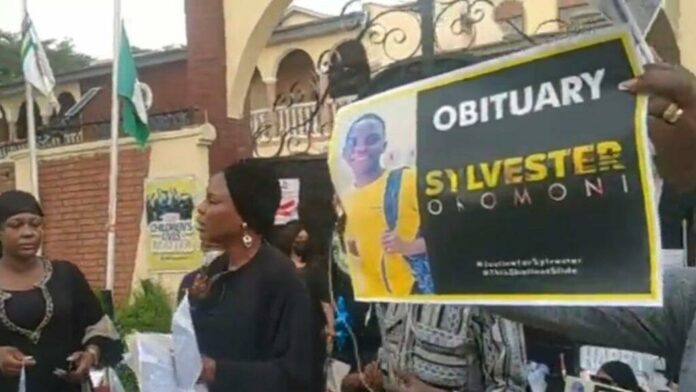 Armed policemen with Armoured Personnel Carriers (APCs) today took over the premises of Dowen College, Lekki, Lagos as there are insinuations that the Lagos State Government may reopen the school soon.

Newsmen who were in the area observed that apart from the APCs deployed, mobile policemen in no fewer than five vehicles were keeping watch over the school premises as well as the dormitory located opposite it.

The state government last December shut down the school indefinitely.

It was gathered that the presence of tbe security men is not unconnected with threats by some youths from the Niger Delta region to ensure that the school is not reopened for business until justice is done concerning the death of Sylvester Oromoni (Jnr), a student of the school who died last November after he was allegedly bullied by some colleagues.

Sources in the ministry told The Press that the order to reopen it lies with Governor Babajide Sanwo-Olu.

Man Commits Suicide By Hanging In Ilorin For Losing Bets