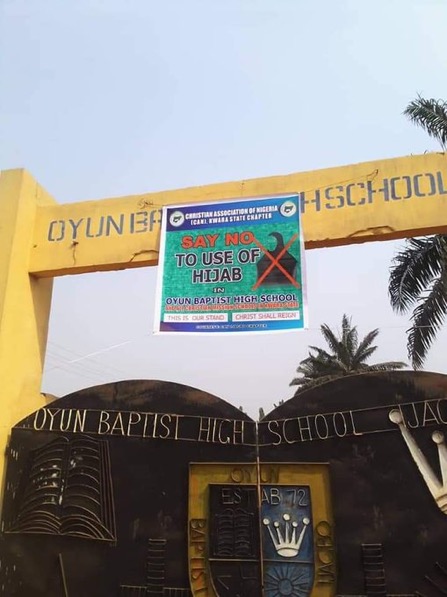 Kwara has ordered the closure of Oyun Baptist High School, Ijagbo in the Oyun LGA of the state over the refusal of the management of the institution to allow female Muslim students use hijab.

According to NAN, the directive was contained in a statement issued by Sa’adatu Kawu, the state commissioner for education and human capital development, yesterday in Ilorin.

Kawu condemned the “flagrant act of discrimination” against anyone, especially children, on religious grounds.

She also flayed the resort to violence in the government-owned school, describing the development as totally unacceptable.

The commissioner said such discrimination would not be tolerated in any public-owned institution in the state.

She called on security agencies to investigate and bring to book anyone linked to the violence as a deterrence.

Kawu also appealed for calm as “violence brings nothing good”.