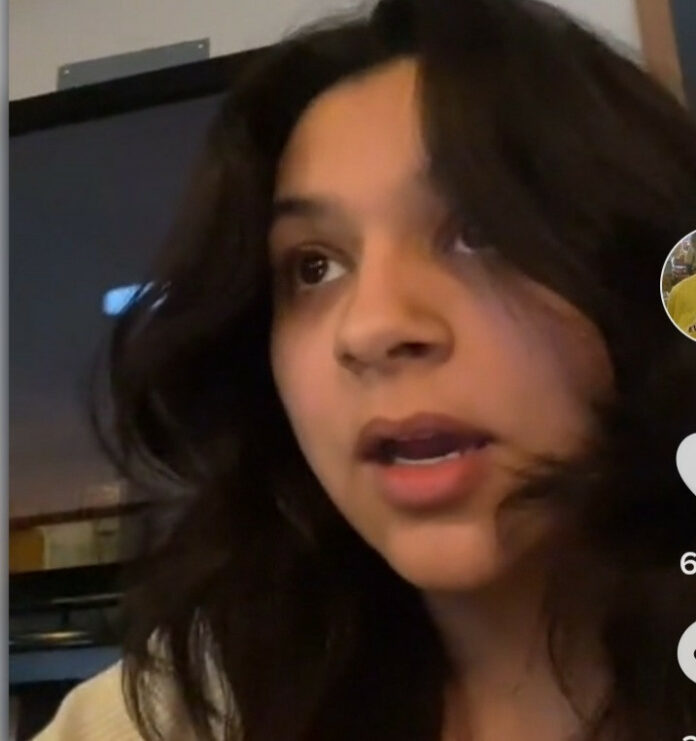 21-year-old woman, Karla Ramirez, has called the police on her biological father after finding out that he created fake social media accounts and has been paying to view her naked photos and videos.

Karla said her father had been buying her OnlyFans content through two accounts for more than a year.

According to Karla, she found out her father was the person behind the accounts while having a phone call sex with the anonymous customer only to hear her mother’s voice in the background during the call.

In a series of TikTok videos explaining the situation, Karla said that the man, who she later figured out is her father, forgot to mute his microphone while on a paid sexual phone call with her.

She wrote on TikTok: “When my dad yes, my DAD has been buying my OF through not one but two accounts, and was a personal client of mine on both accounts for over a year, and the only way I found out is because he called me to ‘play with myself for $150 and I could hear my mum in the back ground talking on the phone.”

In a series of follow-up videos, Karla explained that she’d moved out of her parents’ house when she was just 16 years old, and hadn’t talked to her father in the years since.

Disgusted by finding out that he’d been following her adult content online, she acknowledged she’d suspected something funny about that particular follower for a while.

She went on, explaining that she called the police about the horrific situation, and then rushed to her parents’ house to confront her father.

At her parents’ house, she began to yell at her dad while he allegedly tried to prove his innocence by denying that he had the accounts linked on his phone.

Karla said she never specifically revealed why she was there to her father so “it was just so obvious” as to why he was apologizing preemptively.