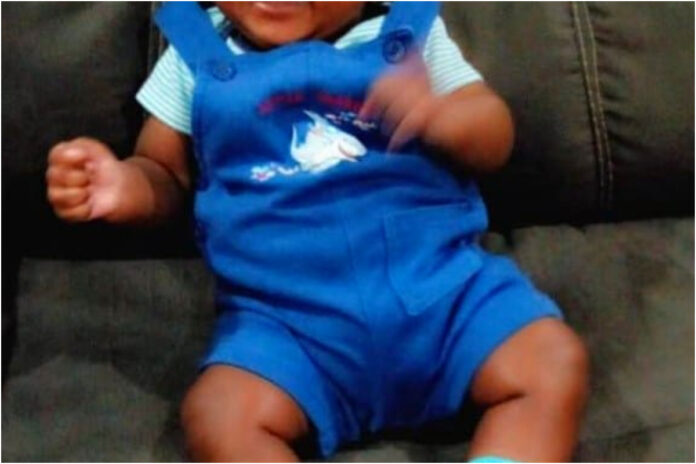 A Twitter user with the username Mngu has shared a sad story of how she lost her 3 months baby because of her mother-in-law.

The lady took to her page to narrate that her mother-in-law gave her baby who was 3-months old crude oil because a man of God asked her to give to correct her heart.

After she gave the baby the oil, she said that she rushed to the hospital where she was diagnosed with mitral valve regurgitation. However, when questioned if her mother-in-law was arrested for killing her baby, she replied saying she is walking freely.

“She’s chilling somewhere in Abuja with her husband who said it’s not a big deal because even when he travels to Indian hospitals for treatment, he is usually asked if he would prefer herbal or orthodox which could be anything. I forgave them,” she said in one part of her tweet.

“Crude oil, I had thought it was condemned engine oil because it was dark and had the smell of engine oil. When my mum confronted her, madam said her pastor gave her the list of items to buy and got it herself. it’s crude oil. I almost fainted which was worse”, she added. 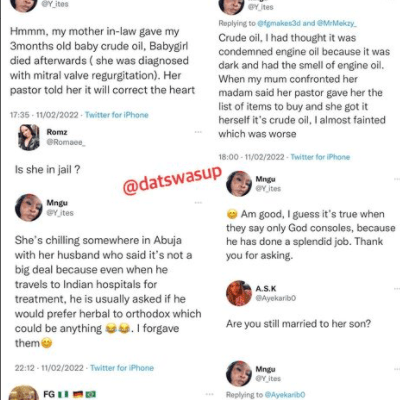