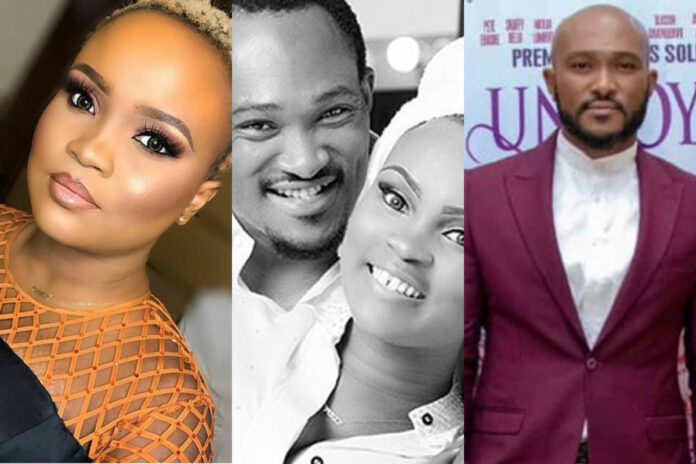 Maureen Esisi Reveals Why Her Marriage To Blossom Chukwujekwu Crashed

The ex-wife of Blossom Chukwujekwu, Maureen Esisi has revealed why her marriage to the actor crashed while replying to a follower who rebuked her.

Maureen Esisi shared a video of herself breaking her waist with her back naked and the follower reacting to that rebuked her saying no wonder she wanted a divorce from Blossom Chukwujekwu so she can go naked everywhere she goes saying she’s misplaced.

Maureen Esissi replying to the follower didn’t waste time dragging things with him/her but agreed with the fact that she just wanted to off clothes wherever she goes and that’s exactly why she was desperate for divorce from the actor which he gave her.

Maureen Esisi and Blossom Chukwujekwu ended their marriage on a sad note that most people to date don’t know the real reason and she has been posting all sorts of videos as part of her healing process but of late has been sharing videos she wouldn’t have been able to share as a married woman, and that’s why this follower called her misplaced.

Doing things all in the name of healing from your divorce is not right and now we know Maureen Esisi has been healed hence everything she does is what she wants to do on her own and as she accepted, she’s very misplaced if going n@ked is what she wants. 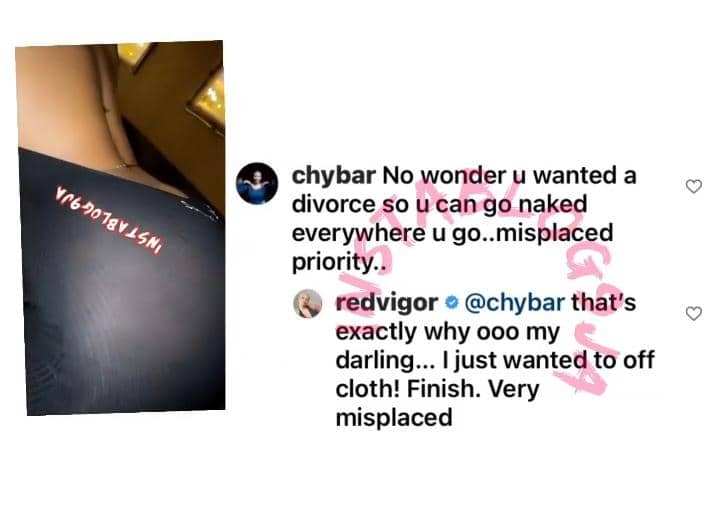