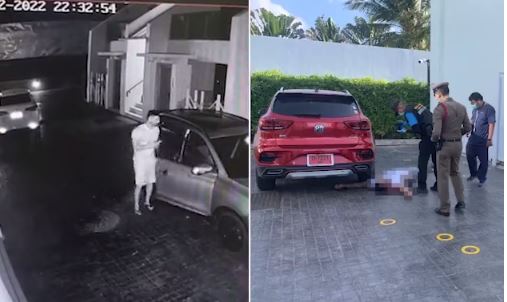 Moment gangster, Mandeep Singh was shot dead outside his luxury villa in Phuket in gangland shoot-out

A notorious gangster been found dead after being repeatedly shot outside a luxury villa in Thailand.

CCTV footage shows Mandeep Singh, 30, being repeatedly shot at by three men as he arrived home in a red MG.

Singh, who was allegedly part of a Canadian gang, was six years ago deported for ‘serious criminality’ from Vancouver, British Colombia, before fleeing to the popular holiday island of Phuket.

He was allegedly targeted in a gangland shooting and gunned down at around 10.30pm on Friday night outside the villa, which is part of a hotel complex. 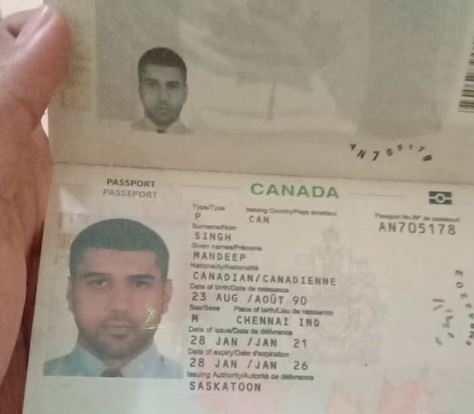 In the chilling clip Singh can be seen arriving home in a red MG before three men emerge holding semi-automatic handguns.

They hid behind another vehicle parked in the driveway before pouncing on the gangster and opening fire, unloading at least 18 rounds into his body while he was on the ground.

Neighbours through the sound was firecrackers being discharged for Chinese New Year, but resort staff found Singh’s body at around 6.30am local time before calling the police.

Police said Singh had at least 18 bullet wounds across his body and was pronounced dead at the scene.

Officers cordoned off the scene and found bullet casing scattered around the ground.

Major General Sermphan Sirikong, commander of the Phuket Provincial Police, said officers are now checking CCTV around the hotel to find the killers.

He said: ‘The assailants broke into the hotel complex and used two different guns to kill the victim, who died at the scene.’

Police said that Singh arrived in Thailand on January 27 on a tourist visa and that the gangster also allegedly had a home in Dubai, around six hours away by plane.

The police chief added: ‘Officers examined CCTV footage at the scene of the crime and found that on February 4, at around 10.30pm, the deceased arrived in a red MG vehicle.

‘Witnesses at the scene were a friend next to the villa and a housewife who found the body.

‘They said there was a sound similar to firecrackers at the scene, but no one thought that it was the sound of guns until the morning when someone found the body, so the authorities were notified to check.’

Nineteen torn 9mm and .830 bullets, some cash and marijuana were found when the vehicle and crime scene were investigated.

Singh, who was born in Chennai, India, before moving to Canada aged seven, was allegedly part of the ‘United Nations’ gang in the country, the name referring to the different backgrounds of its members. 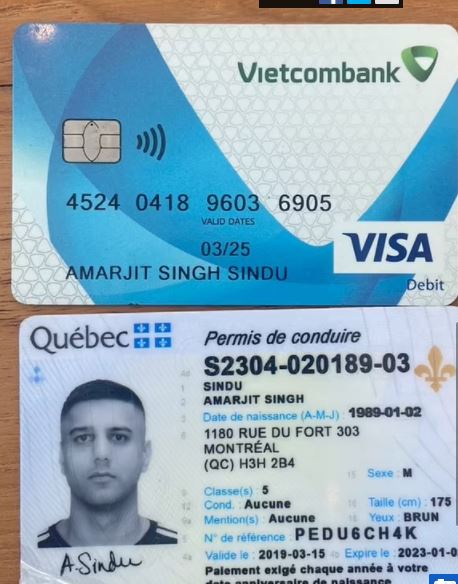 He grew up with relatives in Abbotsford before getting caught up in gang life and convicted of serious assaults in 2010 and 2012.

He was deported in 2016 the arrested in India in 2018 and charged with operating a large ketamine factory.

After he was released on bail, he disappeared and is believed to have been travelling between Dubai and Southeast Asia ever since.

The gangster was known as Slice, due to a big scar on his right cheek, the Vancouver Sun reported.

Emma Ugolee In US For Kidney Transplant