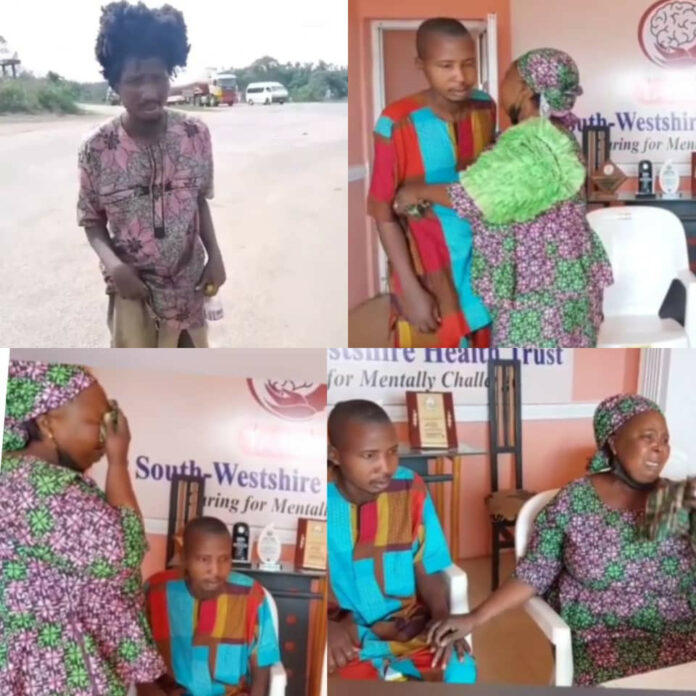 A viral video has captured the emotional moment a Nigerian mother reunited with her mentally challenged son, Bamidele, who went missing four years ago.

The young man, who was a 400-level student at Olabisi Onabanjo University, was found wandering on the streets by an NGO, South-Westshire Health Trust, who took him into their facility and has been taking care of him.