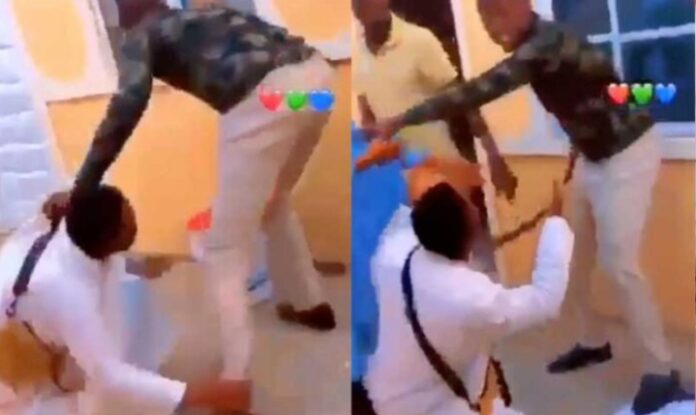 A video circulating online shows how a soldier flogged his girlfriend’s alleged bestie.

The young man who was subjected to severe beatings by the military man was seen on his knees begging, but his pleas fell on deaf ears as the angry attacker continued to whip him even more.

The soldier was also heard asking his girlfriend if it was her bestie that stopped her from picking his calls.

As the soldier continued whipping the man, some bystanders tried to intervene but he didn’t stop. He went on to hold his girfriend’s alleged bestie by the neck and attempted to raise and hit him on the ground, before lifting a bucket filled with water and pouring it on him.