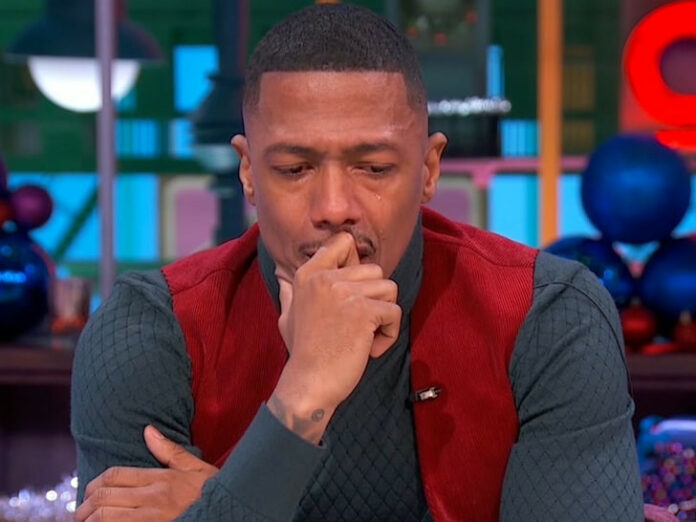 Popular American actor, Nick Cannon, has apologised to everyone affected by the announcement of his eighth child.

The rapper and talk show host set the internet agog after it was reported that he was expecting his eighth child with a renowned model, Breana Tiesi, just a few weeks after he lost his five-month-old son, Zen.

According to TMZ, Cannon and Tiesi organised a gender reveal party in Malibu on Sunday and as guests unloaded party poopers with blue confetti, it appeared that their baby was a boy.

After the photos leaked, Cannon confirmed Bre’s pregnancy on Monday, saying, “I’ve known about Bre’s pregnancy for a while now, even before my youngest son Zen passed in December.”

In a video obtained by Complex yesterday, the rapper and talk show host specifically apologised for speaking about his late son while announcing his eighth child.

This was after Alyssa Scott, the mother of Nick Cannon’s late son, noted that though it was painful that conversations about her son’s death were brought into the announcement, she would not judge anybody.

In his apology, the 41-year-old said, “I wish to always protect and respect the privacy of the mothers of all my children. I have such a great relationship and great admiration for everyone in my life…I failed to do so on Monday because there was a lot going on.

“I didn’t know how to explain it. I didn’t know what to say, so I was probably talking too fast and probably misspoke. I know I can do better when dealing with delicate and sensitive discussions.”

Stating that he still loved Alyssa, he added, “I sincerely apologise to everyone involved for any extra pain or confusion that I may have caused.”

Paul Okoye Blames His Brother Peter For Their Breakup