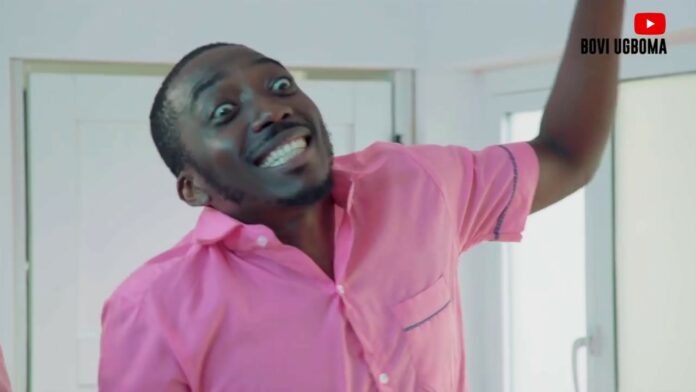 Bovi Ugboma, also known as Bovi, a Nigerian comedian and actor, has been shamed on social media for mocking God’s name in a comedy skit.

The comedian shared a clip from his comedy series ‘VISA ON ARRIVAL’ on Instagram, in which comedienne ‘Datwarrigal’ was seen praying for someone who had gone to the passport office for a visa to restore her virginity.

Some internet users, however, did not find the situation amusing, as they chastised him for using the holy name of Jesus to make a joke, and wondered if he could do the same with Allah. 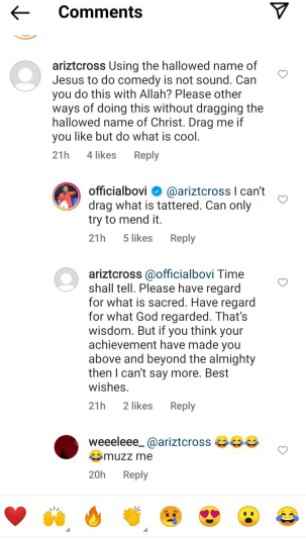 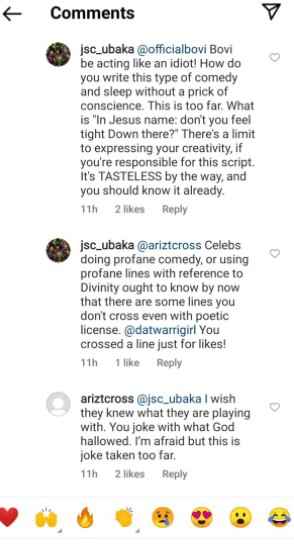 “I Can Allow My Chest To Be Touched In A Movie”...