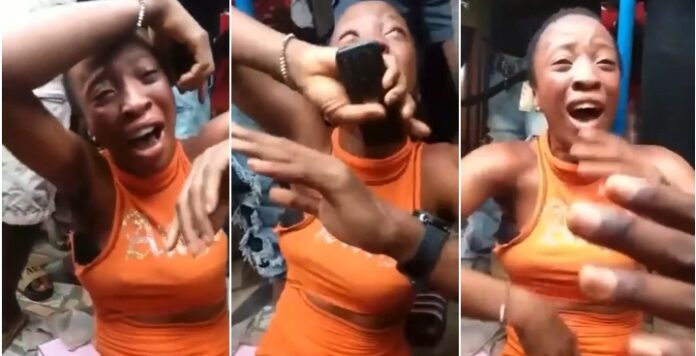 A young lady who is yet-to-be named was disgraced after she was caught defrauding people with fake bank alert.

The lady who was seen being confronted after being apprehended, disclosed that she had no other accomplice.

The young lady also revealed that she had already duped 6 people before being nabbed. The lady went on to list the amount she got from her victims.