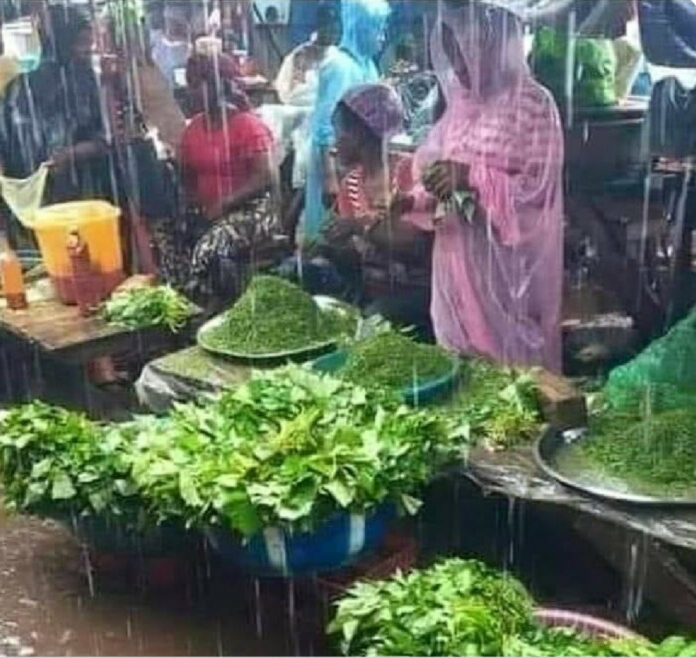 A Twitter user has recounted dumping her boyfriend because he lives in Lekki while his mother sells vegetables in Ejigbo market.

She explained that the man’s parents lived in an uncompleted house in Ejigbo, while the man was living large in Lekki, buying drinks for strangers and spending millions on friends.

When he took her to visit his parents in Ejigbo and she saw their living conditions, she claims she dumped him.

“Take care of your parents,” she concluded. 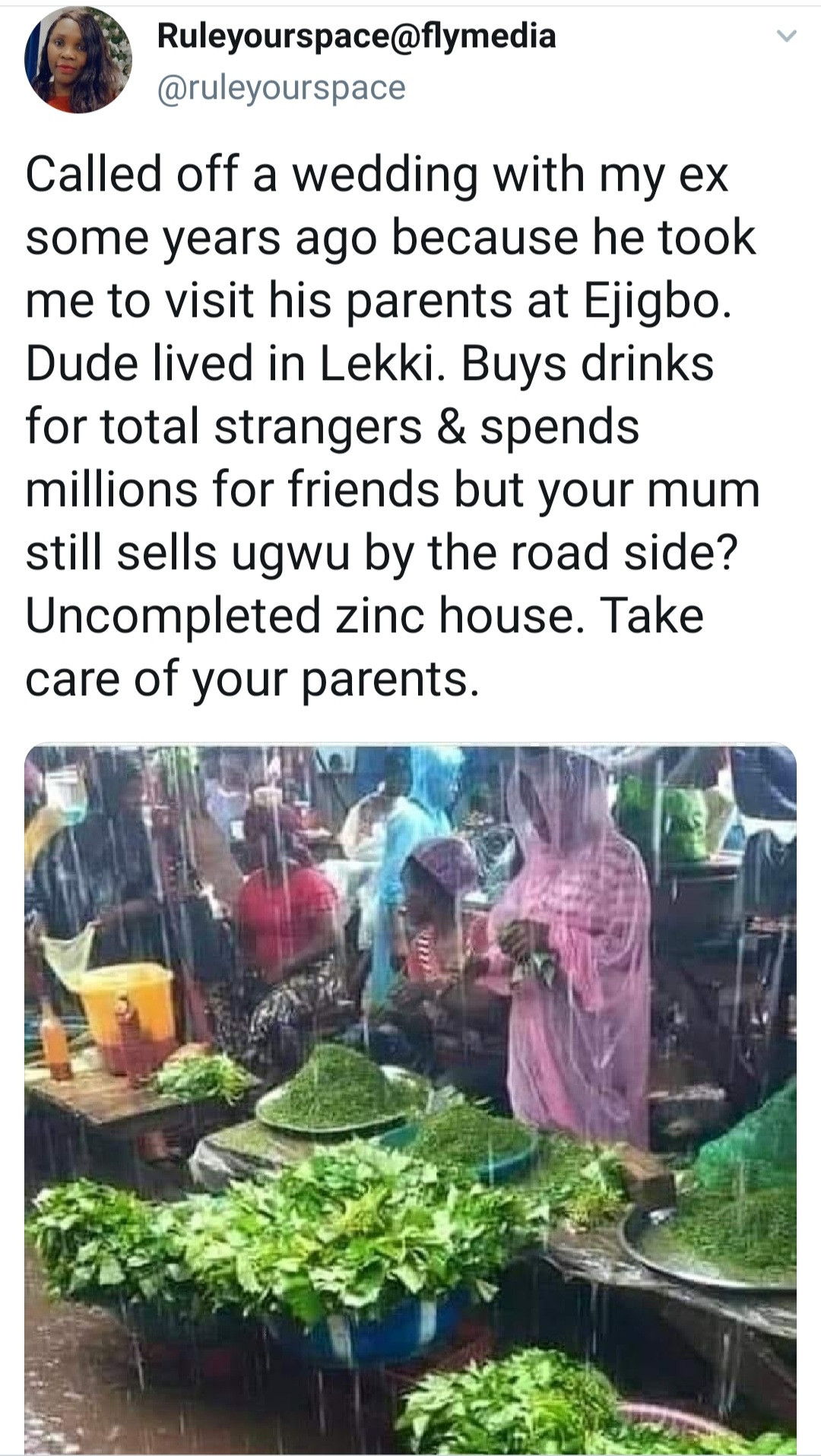