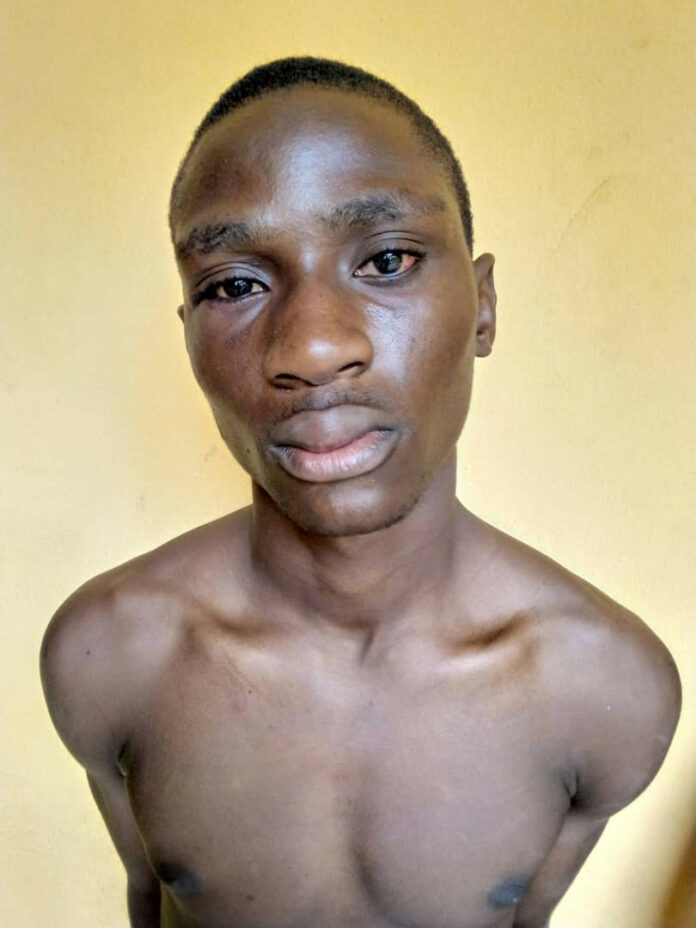 Soliu Majekodunmi, the 18-year-old who connived with three of his friends to kill his girlfriend, Sofiyah, for suspected money ritual purposes has said that he learnt the practice through Facebook.

While being paraded before newsmen on Monday, January 31, Majekodunmi said he typed “how to make money ritual” on Facebook and got the detail, adding that the link instructed him to behead and burn a female skull in a local pot.

Majekodunmi added that he conspired with his friend, Mustakeem Balogun, and two others to lure Sofiyah to their apartment in the Oke Aregba area of Abeokuta, where she was killed.

They confessed to killing the girl, claiming that they concluded on money ritual because they wanted to ride exotic cars and live in luxury apartments. The suspects added that they purchased three pigeon eggs known as ‘Eyin Aparo’ in Yoruba language and other fetish ingredients which they added in the local pot.