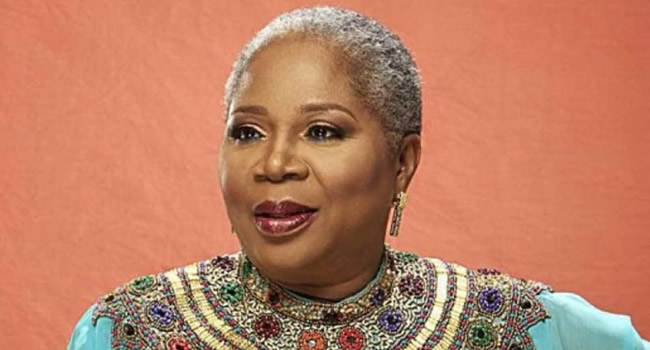 Onyeka Onwenu reveals marriage would have killed her if she stayed

Speaking on the ‘Real Talk With Kike’ show, Onyeka revealed that marriage wasn’t meant for her, and that marriage ‘would have killed her’ if she did not end it.

During the conversation with Kikilomo Atanda-Owo, the septuagenarian who has remained surreptitious about her personal life mentioned that she tried to manage her marriage, however, it fell apart.

“I went through it. It was difficult because I really didn’t want my marriage to end but I could not take it anymore. It would have killed me. I always say it and that is the truth,” she said.

She also revealed that she single handedly raised her children from nursery school till they bagged their masters degree.

“And it was not good for the children to live in that kind of environment where the mother is depressed, the mother is carrying the weight of the whole family. I raised my children from kindergarten to Masters Degree,” she added.