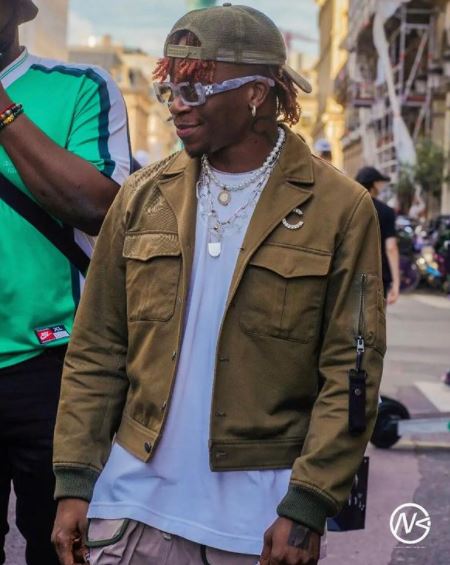 Ikuforiji Olaitan Abdulrahman, known professionally by his stage name Oxlade, is a Nigerian singer and songwriter. He rose to prominence with the release of the song “Away”, which appeared on Rolling Stone 50 best songs of 2020.

Oxlade’s love for music started growing while he was still in secondary school.

Two years after he got admitted into the university, he dropped out so that he could focus on his musical career; a decision which did not go down well with his father who stopped catering to his needs.

Chocolate City rapper, Blaqbonez on hearing Oxlades single, sour, saw potential in him and decided to feature him in his next project.

His fame grew after his iconic collaboration with Blaqbonez, on ‘Mamiwota’.

Since then, he has continued to showcase his vocal intrepidity to the amusement of Nigerian music lovers.

On March 27th, 2020 Oxlade dropped a six-track EP. Spax the Producer was the main producer.

Tracks in the EP include Tables Turn, O2, Away, Hold On, Kokose, and Weakness.

After the EP, he released an album titled ‘Oxygene’. Oxygene is one album with songs which many people could relate with.

Obviously, he is still fresh into his musical career. However, he has collaborated with many renowned musicians such as Blaqbonez, Reekado Banks, DJ Tunez and Melvitto.

Nigerian musician, Oxlade, has over the past 12 hours, caused a stir on social media.

A video purporting to be the Afrobeats singer, known in real life as Ikuforiji Olaitan Abdulrahman, supposedly having sex with a lady broke the internet.

The issue, which is currently placed in the top trends of Twitter in Nigeria and Ghana, has seen social media users reacting to the development.

The alleged tape, which was reportedly leaked on Snapchat, made its way onto the micro-blogging site shortly after which it went viral on Tuesday night.