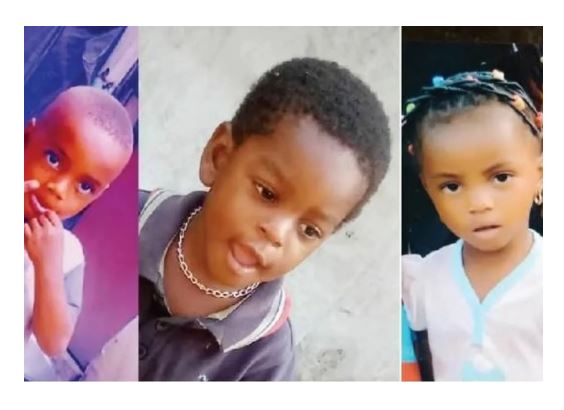 The photos of three of the five children abducted by a woman in Rivers state has been shared online.

The children aged between 18-months and four years old, were abducted by a yet-to-be-identified woman from their homes after she disguised as a teacher in the Rukpakulus axis of Eliozu in Port Harcourt, the state capital. Three of the victims were said to have been kidnapped from one family and two others snatched from another family.

The mother of the first three abducted children, Rose Monday, told newsmen in Port Harcourt that the woman took her children when they went over to their neighbour’s house to play. Mrs Monday said the woman had disguised as a home lesson teacher looking to rent a makeshift structure in the area. The devastated woman further said her children were last seen after the woman took them to buy notebooks, saying they never knew that she had a hidden agenda.