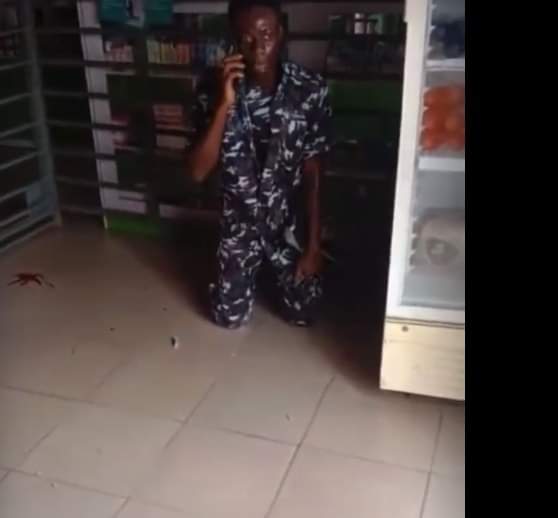 A video of a policeman taking cover in a nearby shop after gunmen killed three of his colleagues at a checkpoint in Enugu, has gone viral after being shared online, Tsbnews reports.

The incident took place around 1:20 pm today February 10, 2022 at a police checkpoint near Lomalinda Estate by Maryland suburb of the Enugu South Local Government Area of the state

The gunmen were said to have kidnapped a woman along the road after the operation which lasted for about 30 minutes without challenge.

Twitter user, @m_microstrategy who shared a video of the policeman, wrote;

“In my life I have never seen a police man look this traumatized. This was happening in Enugu while the Ibadan attack was happening. 3 police men ended up dead, a woman and her driver kidnapped while stray bullet also touch another guy. Insecurity in this country is very scary!”

See the water Agasha people in Benue use for ‘cooking and...