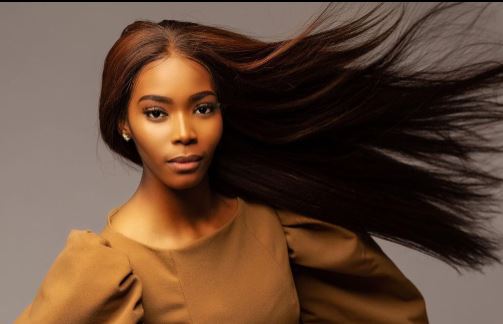 Miss SA organisers have come under fire over their selection of pageant winner Lalela Mswane as the country’s representative at the upcoming Miss Supranational competition later in the year.

The pageant announced on Tuesday that Mswane would represent SA at the pageant, taking place in Poland in July. This is the second year SA is being represented.

This despite the fact that Miss SA represented the country at the Miss Universe pageant, where she came in as the second runner-up.

Organisers drew flak over the latest announcement because it was previously announced that the top three Miss SA finalists would represent the country at the world’s three most prestigious pageants, namely Miss Universe, Miss World and Miss Supranational.

It remains unclear why Mswane was selected over her two runners-up but social media was unimpressed with the decision to send the beauty queen to the remaining pageant.

Many took to Twitter to slam the organisation for “failing” to give Masima and Mabunzi a chance to fly the country’s flag high. Masima has since removed “runner-up” from her Instagram page. 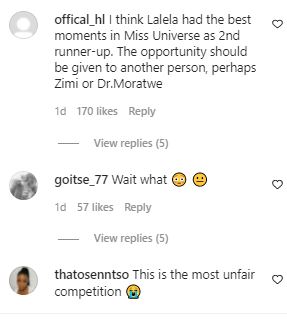 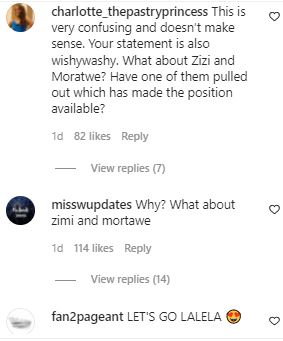 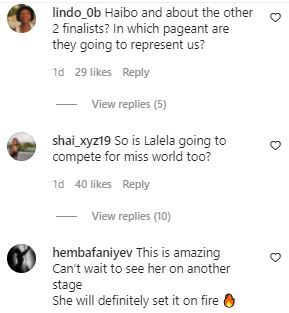 This is not the first time Mswane‘s reign has been marred by controversy. The beauty queen and Miss SA organisers came under sharp criticism over their decision to take part in the 70th edition of Miss Universe in Israel, with many urging SA not to take part “in protest at the occupation and cruel treatment of Palestinians at the hands of the apartheid Israeli regime”.

The SA government eventually withdraw its support for her in protest against the decision. Mswane stood her ground, saying that her “soul would not have been at peace” if she had skipped the pageant.