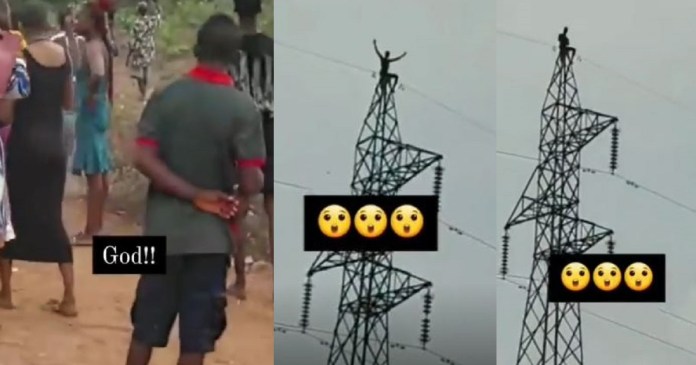 A video circulating on social media shows the moment many residents troop out in their numbers to watch a suspected ”witch” that reportedly landed on a high tension cable at Depor pipeline in Benin city, Edo state.

It was gathered that the incident which happened yesterday morning and caused pandemonium in the area as the residents gathered to watch the ‘witch’ on the high tension cable.

In a viral video, a man could be heard filming the incident, saying the “witch” missed its road while returning home this morning, then landed on the cable, and wasn’t able to come down.